Leon Jan Sein Hwang spent a semester in Korea, and made the effort to get off-campus and to explore his new ‘home’ city. He discovered that Seoul has a lot more to offer than K-pop, with great food, art and history that took him well beyond the usual stereotypes. 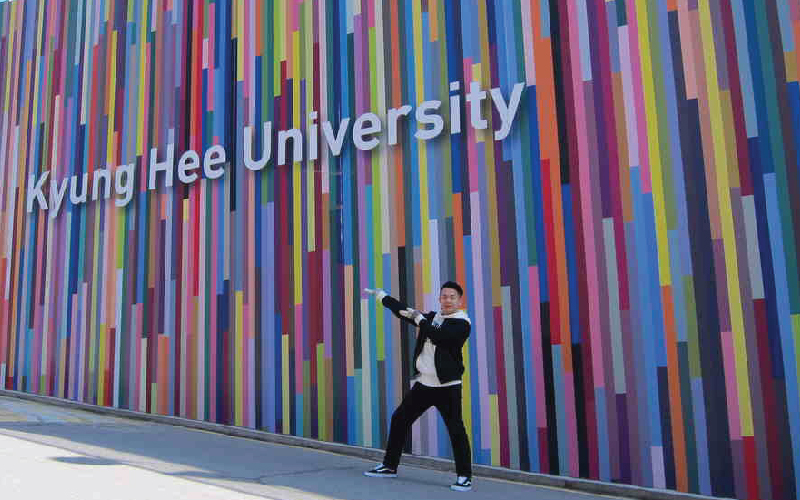 The first advantage to “studying in South Korea for a semester meant that I got to experience late-winter, spring, and even early-summer” said Leon Jan Sein Hwang who is pursuing a Bachelors of International Hospitality Management (Hons) in the Taylor’s School of Hospitality & Tourism Management. Leon, who is originally from Brunei opted to live on-campus in one of the halls of residence at Kyung Hee University in Seoul. As he noted, “The big advantage for me was that Sewha Hall Dormitory provided me with all the daily necessities, such as a self-service laundry service, a convenient snack shop, a computer area and most of all a spacious lounge” He added that, “another advantage was that the dorm was filled with a really diverse group of students from all around the world – and while the majority were full-time international students, there were also local Koreans too”.

Reflecting on his studies, he found that in South Korea the learning patterns were still quite traditional – with more of a focus on textbooks, and somewhat surprisingly less of a focus on modern e-books and on-line. He said that, he “found the lecturers very knowledgeable”, and conveniently the classes were all taught in English – though sometimes with a mix of Korean thrown in. As he said, “It was my first time in Korea, and it was fun learning some Korean”. During his time in S. Korea, Leon made it his goal to explore as much as he could about Korean culture, food, and heritage. He discovered that there was a lot more to Korean culture than K-pop. Given his interest in hospitality and food, he pointed out, “Koreans diet and food derives mostly from vegetables and lean meat, and so it’s pretty healthy and such food is found throughout out Korea, anywhere, anytime. Examples of Korean cuisine are Soft Tofu Stew (순두부찌개), Kimchi Stew (김치찌개), Tteokbokki (떡볶이) and lastly Bibimbap (비빔밥) These simple, hearty meals a are all staple Korean foods”. He added that, “For a taste of heaven, it can only be Bingsu (빙수), which is a delectable summer dessert, and there are variations on bingsu, where the red beans are sometimes entirely replaced by ice cream or fruit”.

He found Seoul to be a big, but relatively easy to navigate city with good public transport. As he said “there is nightlife to be found in areas such as Hongdae (홍대), Sinchon (신촌) and Itaewon (이태원) which have everything from local cafes to expensive restaurants……….and everything in-between. Getting around is relatively easy as the Korean subway is efficient, and it’s always on time”. During his time in Korea he also took the time to visit numerous heritage sites, but he said that he was most fond of Bukchon Hanok Village (북촌한옥마을), as this is one the few places in Seoul where you can still see traditional Korean housing which used to belong to Korean aristocracy. The district of Insadong (인사동) was another favourite, as “it remains as a testament to older Korean traditions and is full of old tea houses, Korean antiques and art”. He added that, “Although it is a tourist mecca, many local Koreans still like to hang out here for the cool cafes and its museums”. Looking back on his experience in South Korea, he said that “living in a foreign culture requires a period of acculturation. Giving myself some time to relax and reflect upon what is going on around me, how I should react to it and what I would like to change in my own life gave me the ability to ease into the transition from my life in KL to life in Seoul”