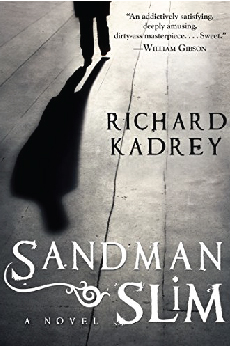 At age eighteen, James Stark got dragged down to hell. A naturally talented magician, he betrayed by his those who he considered friends because they had grown envious at his power. Here he suffers untold horror and torment as he is tortured and forced to battle the foulest creatures in the fighting pits of hell. But after eleven long years, his old love gets murdered by those same people who had doomed him, Stark swears to avenge and claws his out of hell into the streets of los Angeles. But those eleven years has made him to something inhuman, a dark shadow that even demons feared as he molded himself into an assassin capable of killing the generals of hell. Now named the SANDMAN SLIM, James Stark cuts a bloody path through L.A on his quest for vengeance. 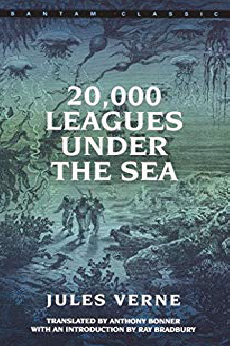 20,000 leagues is about a French biologist and his companions' adventures as prisoners onboard a submarine, and their subsequent circumnavigation of the world, from Japan to India, from Arabia to Ireland...underwater!

20,000 leagues is unique amongst Verne's books. It combines this optimism and wonderment at the natural world and humanity's progress with a sober depiction of humanity's seedier, brutal and tragic moments. The protagonists are prisoners in a multi-million dollar gilded

cage, and even the captain himself, the one person who decides anything and everything that happens in the book, is chained to his past.

Even the beauty of the seas is marred by human conflict, sunken ships and drowned bodies. It's a spellbinding read, even more so thanks to the beautiful illustrations in the GIC editions. 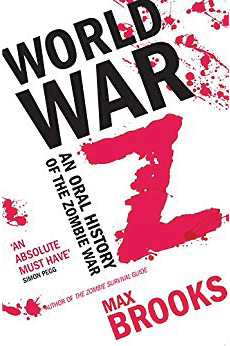 World War Z chronicles the zombie apocalypse from start to finish, from a zombie outbreak in China and it's spread around the world,to humanity being pushed to the brink, recovering and then pushing back. But it's not a history book or autobiography. It's about the people who lived it. World War Z always felt different from the other stories set in the post apocalypse.

It successfully captures the sheer scale of the human suffering in this global cataclysm, while at the same time preserving a sense of personal loss and trauma,of survival and triumph. It is scarily atmospheric, almost forcing the reader to read on even as the world of the book caves in on itself. Spellbinding and scarifying itself in the reader's mind, it can be safely stated to deliver a the most serious impacts of the zombie genre. 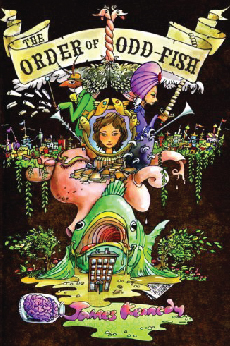 If you’re looking for another story just like ‘Alice in Wonderland’ then keep looking because this one is even more crazy. Beware, you have been warned. The story evolves around an ordinary 13 year old girl, Jo Larouche, who ends up in a whirlwind of bizarre danger and adventure, desperately trying to keep her family alive and find out about her true origins. “Am I the only one who thinks everything we end up doing is a bad idea?!” 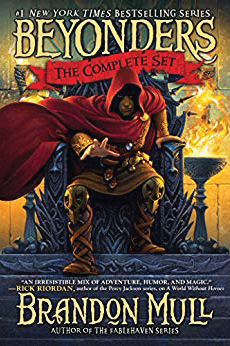 Names hold great power in the magical world of Lyrian, that one word can even kill a particular evil sorcerer. Jason and Rachel were your typical average teenagers with a desire to be a part of something bigger than there mundane life. The chance finally arrives when they’re summoned to a new world where their every movement is watched with tricks, magic, death, illusions and war awaits anyone who dares disrupt the vile ruler’s kingdom. 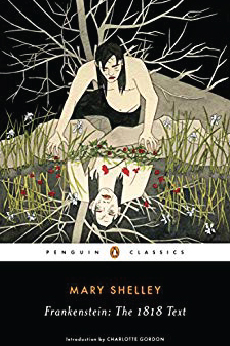 Actually, most of us already know the basic premise of this story. Our protagonist, good old Victor, creates a monster who ends up killing Victors family and friends. Victor chases the monster, and both of them dies. However, did you know that:

The monster is actually a gorgeous guy with a creepy eye colour?

Victor is actually a college dropout?

Victor and the monster are both flawed characters with black and grey morality as well as real personalities?

If your answer is no then maybe you should read the book instead of procrastinating. 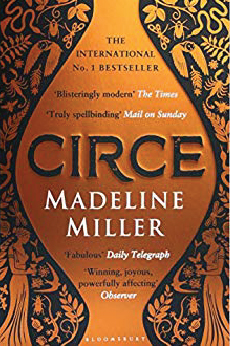 This is a retelling of the story of Circe, the Greek goddess of magic (or just a nymph or enchantress depending on who is telling the story). In classic mythology she is depicted as a temptress that misleads brave Greek heroes and a vengeful figure who is quick to punish those who cross her. This book turns the legend on its head by depicting how the Circe that everyone knows came to be. It portrays the torment wrought upon her by Zeus and his brood. Her journey leads her to cross paths with various figures from Greek mythology as she slowly matures into a woman capable of protecting what she holds dear. The story humanizes Circe in a way that makes her plight resonate with female readers and portrays the female empowerment that was often lacking in classic Greek mythology.

The SEA is Ours: Tales of Steampunk Southeast Asia – Jaymee Goh & Joyce Chng (2015) 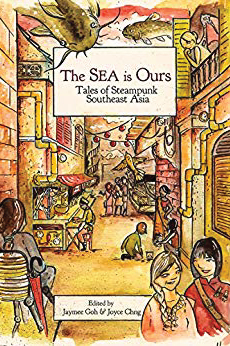 The SEA is Ours is an anthology where Southeast Asia meets Steampunk. We’re familiar with Steampunk in a Western lens, like Mortal Instruments and The Golden Compass, with their notable mechanical and Victorian aesthetics; now imagine that in the rich and diverse setting of Southeast Asia, a land rarely explored in books. The book is a collection of 12 stories, each exploring how Steampunk fits into the local legends and geographies of Malaysia and neighbouring countries. It’s nice to see a book that fits religion and mythical creatures into a Steampunk setting as well, breaking boundaries of the genre. Send some love to books published locally and support the local writing scene! 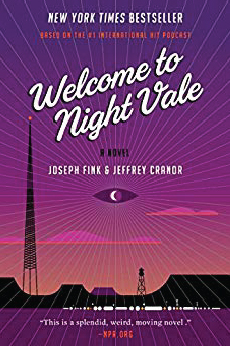 Based on the podcast of the name, Welcome to Night Vale is about a pawn shop owner who stopped aging, a shape shifting teenager, and his mom. Sound weird? Strap in, because it will get weirder. In the desert town of Night Vale, a strange man in a tan jacket leaves pieces of paper with the words “King City” written on it. People who met him don’t seem to remember him at all, not his name, or what he looks like, but they DO remember the “King City” notes. The three main characters, Jackie Fierro, Diane Crayton, and Josh Crayton start seeking him for their own personal reasons, wanting to solve their own mysteries that seem linked to him. As you read the characters on their journey, take a tour of Night Vale, a town where angels exist but are forbidden to be acknowledged, pies are invisible, and a community dog park that no one can enter, look, or think about. 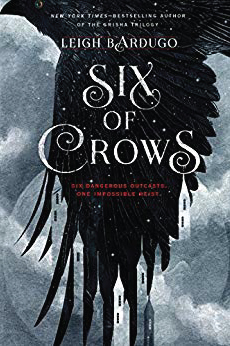 If you’d enjoy reading a good heist book with a dash of magic and interesting worldbuilding, then Six of Crows (and its sequel Crooked Kingdom) would be perfect for you. Kaz Brekker, a master thief is offered a large sum of money to rescue scientist Bo Yul-Bayur from the Ice Court. But the task is too daunting on his own, so he recruits a crew: Inej Ghafa, a spy; Jesper Fahey, their sharpshooter; Nina Zenik, a Heartrender who can control people’s bodies; Matthias Helvar; a former soldier; and Wylan van Eck, their demolitionist. It’s got high stakes, funny banter between the team, and an intriguing world of magic and shady dealings. The book takes place in the same world as Leigh Bardugo’s Grisha series, but you don’t have to read it to read this book. 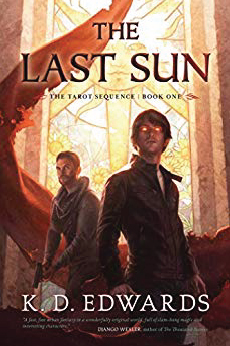 Rune Saint John, the last child of the fallen Sun Court, is hired to search for Lady Judgment's missing son, Addam, on New Atlantis, the island city where the Atlanteans moved after ordinary humans destroyed their original home.

With his companion and bodyguard, Brand, he questions Addam's relatives and business contacts through the highest ranks of the nobles of New Atlantis. But as they investigate, they uncover more than a missing man: a legendary creature connected to the secret of the massacre of Rune's Court.

A breath-taking world with breath-taking people, the Last Sun provides a much different take on norms further emphasizing flaws and features that take into a newer world. 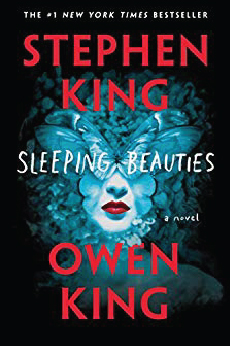 By the King himself and his progeny comes another grim tale of survival. Sleeping Beauties spins a dark story out of the question: what if there were so many more men than women? With a curious disease resulting into women falling into deep comas, awakening them from which causes disastrous consequences, King’s story shows the easier half to fall into when human beings are confronted with danger; the darker one. Bringing together a variety of characters that juggle into a narrative of our own very real, very present issues, comes a shocking read that is sure to keep you up at night. 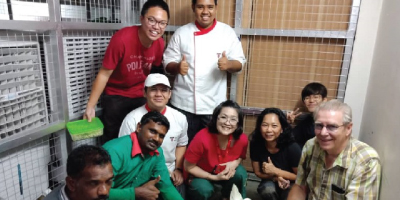 Taylor’s welcomed two new kids on the block- Amelia Earhart and Danny G- on the 31st of May. 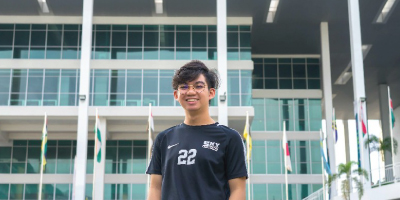 Despite being shy and introverted, Fauzi Anuar Lee, a Bachelor of Software Engineering (Hons) student, tries to find his voice through Life Skills. 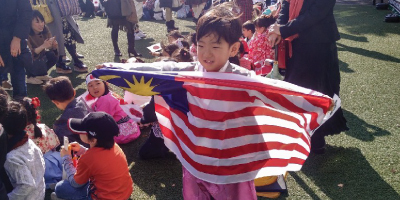 While many of us have soaked the illusion that teaching looks easy, the truth is that the profession is a lot harder than most of us understand.