Books vs Movies: What’s Your Pick?

Who will win in this battle of the stories: Books or movies? It's time to settle it once and for all.

You know the age-old debate between books and movies? The one where we say: "Which version was better?", "Did the film do the book justice?", or "You liked the film? The book is so much better!"

Every time a film adaptation of a book is announced, you’d see a flurry of comments that ranges from “I’m sooooo excited to see this. Can’t wait!!” to “Great. Can’t wait for them to ruin my favourite story”. And it’s in some way true.

We’ve had some of the best film adaptations of all time transcend far beyond the limits of text and some of the most abysmal films that should’ve never gone two-feet near the original novel. Books have served as a source of inspiration for many films and blockbuster hits of today. It reworks an already well-loved and familiar story into a working script that can visualise moving images in its place. Even our beloved superhero films from DC and Marvel are lifted off from pages of well-loved stories.

But we want to know, which one reigns superior? Which deserves their place in the sun?

I’ve frequently gone back and forth between this because there are some stories that can only be conveyed through the sheer comfort of reading a book and some through the visual ecstasy of a film. Let’s have a look at some genres. 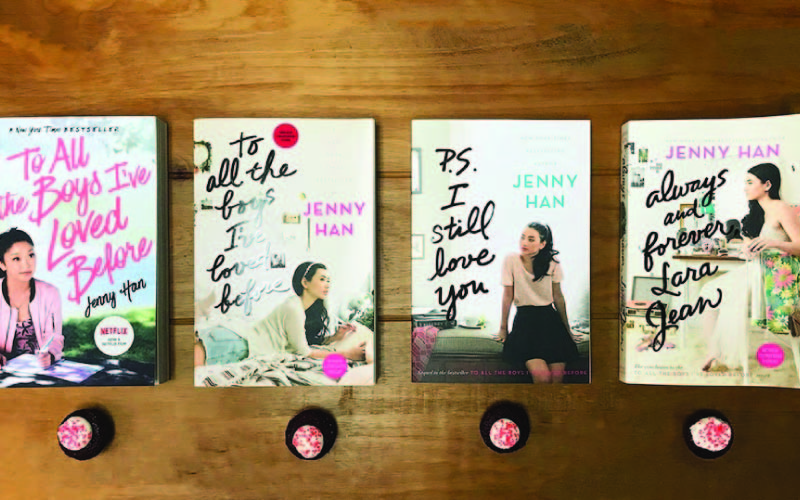 Arguably the most profitable and well-loved genre that gets all the heads turning.

We’re all familiar with the romance genre since its tropes have been used (and overused) time and time again. Whether it’s seen from enemies-to-lovers, childhood-friends/best-friends to-lovers, love at first sight, forbidden love, fake dating tropes (ahem ‘To All the Boys I’ve Loved Before’, we’re looking at you) or sometimes the good ole’ love triangle which gives us the perfect amount of angst and slowburn we need.

And there’ve been many favourites over the years, both in books and movies. The recent fan-favourite from Netflix, ‘Bridgerton’, takes a spin on romance by setting them during the regency era and follows a cast of characters we've come to know and adore.

What about digging out something from our vault of repressed memories? Starting with 2014-Tumblr-era and their obsession with ‘The Fault in Our Stars’. Yep, we’re really going there. John Green’s best-selling novel of 2012, made waves in millennial culture, dominating our social media feeds and spurring several (tragic) Instagram captions of — ‘Okay? Okay.’ which we’d very much like to erase from our memories.

Rom-coms like ‘Crazy Rich Asians’ or ‘Me Before You’ are also based on books, but cannot be imagined otherwise without their film counterparts. Which goes to show that a genre such as romance can fare well on screen as long as there are the usual inclusions of romance, tension, and lots of cheese.

Karen's Corner: Need some romance genre recs? I got you covered. 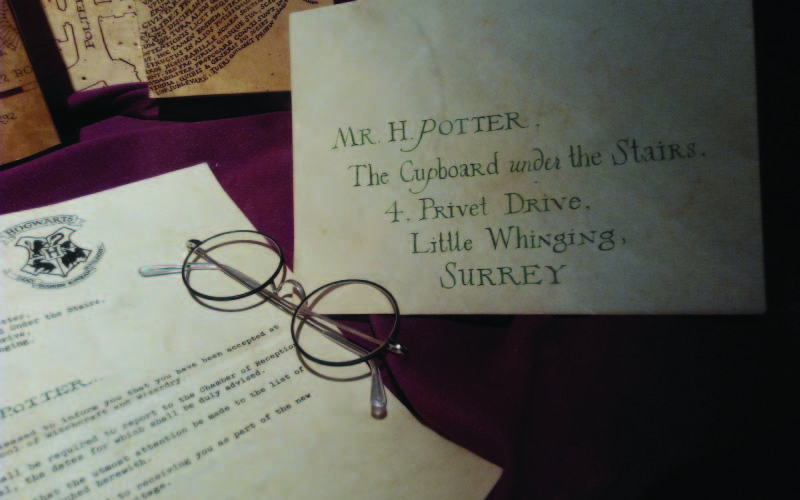 Ah! The fantasy genre — a perfect getaway from our mundane lives. Sometimes (loosely) based on myths and folklore, this genre is usually set in a different universe or alternate timeline.

Can we talk about fantasy, both in books or movies, without mentioning the ‘Harry Potter’ series?

The answer is no.

The Harry Potter franchise has cemented itself as a cult-classic for ages to come because of how incredibly unique and magical the world is. Wands and magic spells? Goblins and centaurs? A nose-less man obsessed with killing a pubescent boy? Only Harry Potter does it all.

The Harry Potter series changed the face of fantasy by creating some of our most treasured comfort characters over the course of a decade. With some imagination, we’re able to fill in the words with some magic and colour. Then comes the films, a real treat bringing the beloved Hogwarts world to life through the wonderful cast of characters through absolutely stunning special effects.

Finally, we’ve ‘Game of Thrones’ based on the ‘Song of Ice and Fire’ series by George R.R. Martin. Oh boy, this is probably the only fantasy series that I hero-worship. It’s gritty, gruesome, and at times, awfully grotesque, but so very good. The HBO series quite literally transcended the story with a far more darker take on political rivalry and betrayal.

With the last season being a massive disappointment (let’s not sugarcoat how much we despised it), there’s no denying that the series wouldn’t have been so game-changing without the books in the first place.

Karen's Corner: Need some fantasy genre recs? I got you covered. 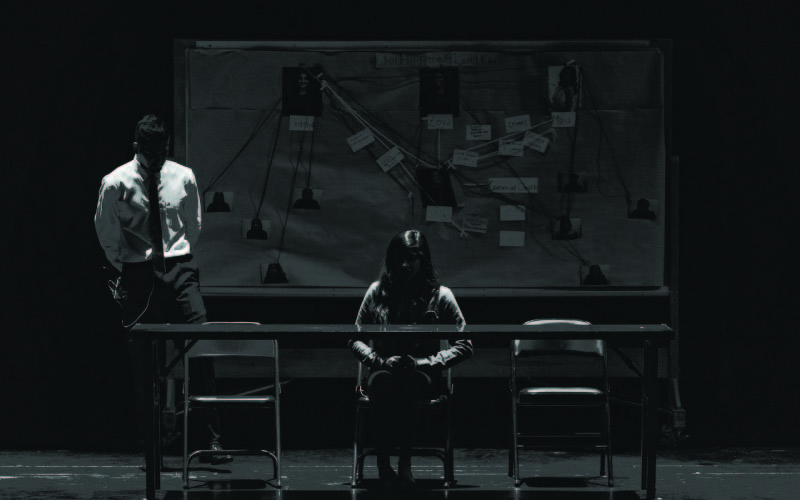 Time to pull out your imaginary magnifying glass and detective gloves. This genre of citation deals with criminal activity, the plot and motives behind it, and the characters involved. It can intertwine with other subgenres like thriller, detective, mystery, and/or psychological horror.

2018’s ‘A Simple Favor’ starring Blake Lively, Anna Kendrick, and Henry Golding, is a classic example of a crime story incorporating elements of mystery and thriller into the story. Arguably, crime stories are very flexible in nature, because they can exist as standalone stories or be used as the climax point for other stories.

Take another crime thriller such as ‘Gone Girl’ by Gillian Flynn, which… Do we even have the words to describe it? It encapsulates the femme fatale trope in the least cliche sense and checks almost every box in the genre. In case you haven’t seen the film, starring the incredible Rosamund Pike and Ben Affleck, what rock have you been living under?

The cinematography, acting, and incredible dialogue (I’ve practically memorised Amy Dunne’s ‘cool girl’ monologue) makes the film such a riveting contender against their written counterpart. And yes, I’m being completely biased when I say the film is better than the book. Sue me.

Karen's Corner: Need some crime genre recs? I got you covered. 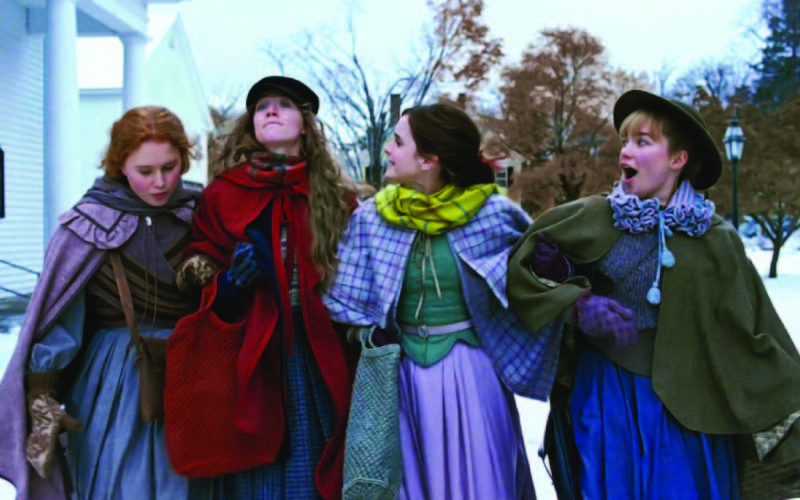 Probably one of my favourite genres of all time — coming-of-age chronicles; the growth of a child to an adult and basically hitting past the adolescent mark. But it can also work in a metaphorical sense when a character experiences an epiphany or intense character development through life lessons or trials resulting in newly learned morals that’s relatable to the audience.

Sometimes books, especially classical ones prove harder to dive into because of how archaic the language and writing style is. ‘Little Women’, one of those books well-loved by many but not entirely accessible or interesting to all, results in its 2019 film adaptation to receive the popular vote because it encompasses everything beautiful and breathtaking from the book. Not to mention a star studded cast of Saoirse Ronan, Timothee Chalamet, Meryl Streep, Laura Dern, Florence Pugh, and oh my goodness, Hermione Granger herself, Emma Watson.

Despite being a dystopian series, ‘Hunger Games’ can also be characterised as coming-of-age because the characters grow, learn, and survive throughout the story. And just like how Katniss could never return back to her innocent life after winning the Hunger Games, all the characters would never be the same again. Coming-of-age is especially fun for us young adults because it allows us to reflect and learn through a somewhat realistic depiction of life.

Karen's Corner: Need some coming-of-age genre recs? I got you covered.

The answer: why does it matter? Hear me out.

Books and novels work for people wanting to keep their mind stimulated and imagination flowing. It’s therapeutic and all-consuming in all the right doses. But the same thing can be said for movies. Movies quite literally transport you into another space with just a click of a button and allow you to interact with characters through a visual story.

Do we really need to pit two incredible forms of media against the other? Absolutely not. Especially since neither medium can work without the other. In fact, I’m more than happy to get two versions of stories, one through textual analogy and the other through visual storytelling.

So here’s to more book and film releases for us to enjoy and take a break away from our pandemic-driven lives. Because, gosh, we sure do need more of that in 2021. 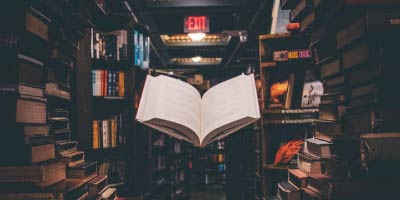 What was life like during the formative years of Malaysia? Here are 6 Malaysian authors who will walk you down memory lane. 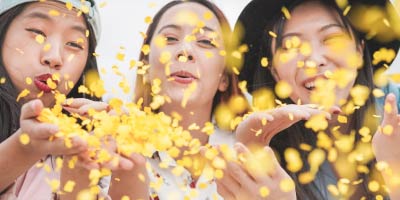 5 Things to Do After Your Exams

Exam season is over! Unwind and relax after the exam season with these fun activities. 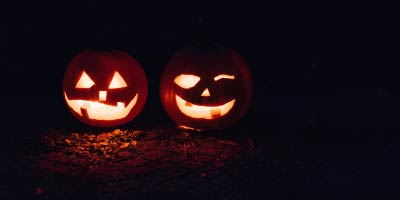 Horror Movies and Games for a Stay-at-Home Halloween

Up for a scary Halloween night? Check out this list of horror movies and spooky games curated by Taylor’s Flix Society and Taylor’s Esports Club.