COVID-19 and its Dual Shock on the World Economy

Professor Dr. Christophe Schinckus, Head of the School of Accounting and Finance

Attributed to Professor Dr. Christophe Schinckus, Head of the School of Accounting and Finance in the Business School, Faculty of Business & Law at Taylor’s University

The World economy faces with an unprecedented challenge due to what economists are calling a dual shock generated by the lockdown of almost 3 billion people around the world. Even though these lockdowns are inviting people to stay at home and practice social distancing as a precaution for sanitary reason and limit the spread of the COVID-19; they also interrupt the majority of national and international productions.

According to a study from the Department of Labour in the United States (US), only 29% of workers can really operate via teleworking processes in a service-based economy. This number is certainly lower in emerging countries where manufacturing sectors account for a significant part of the GDP. Forced to remain at home, workers do not produce, and closed factories simply must interrupt their supply and scale down their operations.

The impact of the COVID-19 on the productive/manufacturing activities can be seen as a “supply shock”, referring to a sudden exogenous reduction in abilities of national companies to supply goods. If the supply disruption does not last too long, factories can reopen, and the supply can bounce back quickly supporting a relatively quick recovery of the economy. In case of a longer disruption, companies facing this forced interruption of activity miss business opportunities and may lose their ability to continue paying their staff salaries. A number of these companies might even have to reduce their number of employees.

A recent analysis from the Malaysian Institute of Economic Research (MIER) indicated that the COVID-19 might generate up to 2.4 million of job losses in Malaysia in 2020 - this challenging situation will negatively affect household income, which is expected to fall by 12% in Malaysia according to MIER. A reduction of households’ income generates a decrease of national consumption that directly affects all other (non-manufacturing) economic sector. This snowball effect creates a “demand shock” might create dynamics of recession.

A traditional firepower of the Central Bank aims to reduce the interest rate in order to restart of production and supply and promote economic development with more incentives for investment. This is a current option recently taken by leading Central Banks such as the FED the US, the Bank of Canada, the Bank of England and the Central Bank of China for instance. In order to support production and economic activities with accessible loans, commercial banks are encouraged to lend more and to do so, they require enough liquidity leading monetary authorities to inject liquidity in the economy via the banking sector and/or to reduce the reserve requirements imposed on commercial banks.

These actions are not without risk given the fact that banks will be under further pressure due to a significant decrease of business investment and corporate bankruptcies. To help alleviate this situation, several countries are offered state guarantees for bank loans to the most affected companies.

Some Central Banks such as European Central Bank and the Bank of Japan already have very low (even negative) interest rates explaining that these monetary authorities have a very small room to react limiting their actions to the two measures evoked above (inject liquidity in the banking system and/or reduce the reserve requirements imposed on commercial banks).

In the context of the COVID-19, a monetary policy alone will definitely not suffice to boost the economic recovery. This is more so since one might wonder whether the classical monetary policy consisting in an interest rate cut will have a real effect simply because the spread of the virus generated a growing uncertainty reducing the enthusiasm of households to save less or companies to invest. In other words, monetary measures must be combined with an appropriate fiscal policy.

With well-targeted fiscal measures, the government can spend money through an appropriate support to help impacted households and businesses. In the short-term, fiscal policy aims at protecting incomes and supporting workers and their families as well as ensuring an effective continuity of the national health system. The creation of a temporary income for vulnerable households in Brazil; targeted cuts in taxation in Canada and China, or the development a specific fund decided by the European Union (EU) to help SMEs affected within the regions and labor markets are among the measures taken.

These expenditures must also be supplemented with the significant increase in spending on epidemic control/prevention and hospitals. All these fiscal measures have a direct impact on government spending and some countries might have less room than others for fiscal stimulus simply because of the existing debt-to- GDP ratios. This subsequently limits their borrowing abilities, as in the case of Japan and most countries in the EU.

The Malaysian government also implemented a combination of fiscal and monetary measures with a bigger emphasis on the fiscal stimulus. Bank Negara Malaysia (BNM) reduced its interest rate from 2.75 to 2.5 in addition to providing a 2 billion-ringgit worth in loans for SMEs, especially those involved in food production.

To encourage companies and SMEs to invest, RM500 million will be used to fund start-up and early stage Malaysian micro-companies while the Securities Commission will waive fees for enterprises looking for market investment by being listed. These measures aim to limit the supply shock by ensuring that companies will invest and boost their future activities.

To increase the liquidity for households, the employee contribution towards the Employee Provident Fund (EPF) has been reduced from 11 per cent to 4 per cent to ensure more cash (estimated at 10 billion ringgit) in hand for families. This option combined with a financial assistance to low-income household is expected to limit the decrease of national consumption.

As mentioned, the Government decided to combine several measures to maximise their fiscal stimulus: deferring taxes, government fees and loan payments as well as a particular package for tourism (one of the most affected sectors) combined with tax exemption on equipment and machineries are examples of targeted measures taken in Malaysia. Some Keynesian measures have also been implemented to support the national economy.

To support national contractors (and therefore the national consumption and investment), the government will spend 2 billion ringgit in infrastructure projects (maintaining roads, bridges, water supplies etc.) with an particular emphasis on the improvement of broadband quality and internet access across the country. This measure will be combined with the allocation of 300 million ringgit in loans for SMEs looking to digitalise or automate their business.

The COVID-19 has place all national economies in an unprecedented situation, which has generated an important economic uncertainty in which classical economic tools must be combined instead of being debated.

Professor Dr. Christophe Schinckus is the Head of the School of Accounting and Finance in the Business School, Faculty of Business & Law at Taylor’s University – and a keen proponent of FinTech. He is continuously looking for different ways to see it adopted within the community 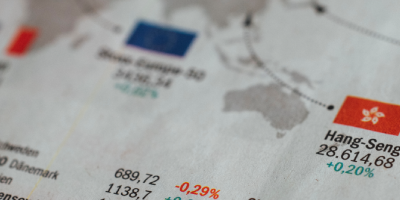 An Epidemic for Malaysia’s Economy

According to JPMorgan analysts, the COVID-19 pandemic in Malaysia will peak in mid-April 2020 with a serious impact on the country’s economy. 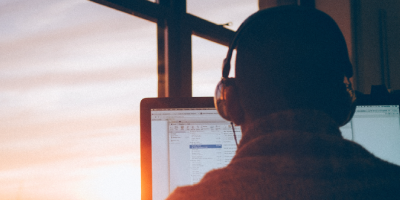 Learning never stops at Taylor's despite unprecedented times. Read to know how Taylor’s academics mitigated the risks with different methods and technologies. 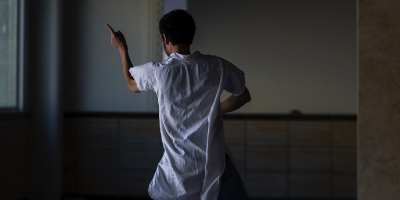