In the QS World University Rankings exercise, Taylor’s University moved up to the 195th position amongst 1000 global institutions for the employer reputation indicator; the second consecutive time that Taylor’s gained recognition among employers.

In the QS Stars exercise, the results of which was announced during the last week in June, Taylor’s was awarded the prestigious 5-star overall rating, with 5 stars rating the areas of Employability, Teaching, Internationalisation, Facilities, Inclusiveness and Subject Ranking, which recognised the strength of Taylor’s Hospitality and Leisure Management.

Taylor’s University Vice Chancellor and President, Professor Michael Driscoll said these achievements are testament to the education quality in preparing graduates for the global marketplace.

“In addition to our strong affinity with employers, we are extremely pleased to now call ourselves a five-star institution, a standing that further cements our position in the eyes of students, parents and the community,” he said.

In the overall QS World University Rankings, Taylor’s moved up to be placed within the 511-520th rank, a huge jump of over 110 positions. The institution saw positive development in the ranking scores for all indicators namely Academic Reputation, Employer Reputation, International Faculty, International Student, Citations per Faculty and Faculty Student.

“This proves that we are on the right track to becoming one of Asia’s top universities by 2022, in keeping with our strategic mission.

“We would like to reinforce Malaysia’s reputation as a country that provides quality tertiary education,” said Professor Driscoll.

This latest achievement follows the strong performance of Taylor’s University in the 2019 QS Graduate Employability Rankings.

Taylor’s University was recognised as the fourth best university in the world and Asia’s best for the graduate employment rate indicator in that edition of the QS ranking exercise.

Taylor’s has received numerous recognitions locally and internationally from professional bodies such as the CDIO Initiative (Conceiving, Designing, Implementing, Operating), National Academy of Engineering in the USA  and the Royal Institution of Chartered Surveyors (RICS), to name a few. Taylor’s has also received the Premier Digital Tech IHL status given by Malaysia Digital Economy Corporation (MDEC), a recognition given to Malaysia’s leading digital tech-focused tertiary institutions.

Taylor’s continues to play a strong role in developing Malaysia’s human resource capital, and boasts a 100,000-strong alumnus, many of whom have become leaders in their respective fields. 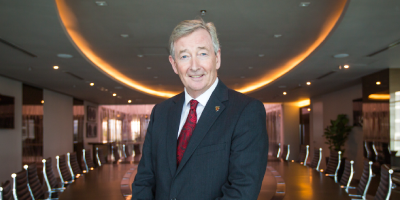 Taylor’s University kicks off the QS WUR 2021 series with an outstanding performance as the university climbed 135 spots, to rank 379 globally. 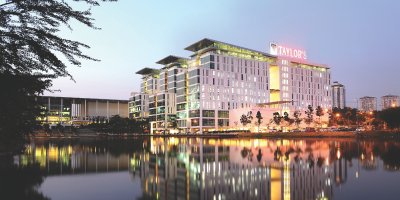 Taylor’s University continues to dominate the QS World University Rankings by Subject 2020 by retaining its Top 20 in the world position for the fiercely contested Hospitality and Leisure Management subject. 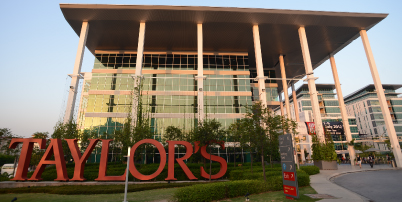 Taylor’s University retained its position as the top choice among Malaysian private universities by employers in the 2020 QS World University Rankings.