The shy and introverted nineteen-year-old had always been cautious with his well-guarded thoughts, fearing they may spark disagreement.

Fauzi peered from his silver thin-framed glasses and managed a smile. It hides the transformation he has gone through that didn’t go unnoticed among his peers.

“Hey, it's nice to see you more talkative than before," a few familiar faces had told him.

The Chinese-Muslim Sabahan now speaks more freely than ever before. His social circle that used to consist of only a few close knit friends is now expanded to acquaintances and strangers too.

It was in Life Skills that the Fauzi found his voice.

“When the classes first started, I struggled because of my social anxiety. I was determined not to speak to avoid saying the wrong things. But then, I felt this non-judgmental vibe: you can actually say whatever you want and it’s going to be all right. That was when I started to open up.”

“It was so freeing,” he reflected. “because I no longer have to walk on egg shells and for me to talk more, to share my thoughts and to see how everyone accepted it? It was so reassuring for me.”

“The activities helped me get more comfortable with the people around me. My favourite was the Maze Activity where once you get onto the pathway, you can’t talk and have to find a way out with the help of your team. I really felt spirit of team work there.”

From someone who used to not speak up, Fauzi is now able to handle conflicts better.

“I admit that it still scares me but I’m more ready to deal with differing opinions,” Fauzi said. “We just meet halfway and compromise if necessary.”

Empowered by his victory over self, the next thing this courageous student is determined to overcome is his lack of self-confidence. 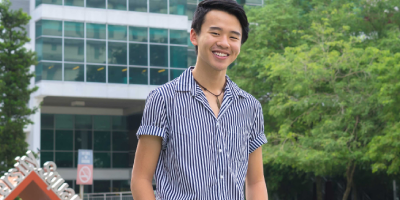 A Mission To Discover His Life’s Purpose

Many find Ervin to have a charming, outgoing, and friendly personality. They're often surprised to know he's in Software Engineering instead of Mass Comm. 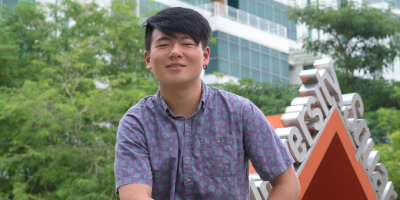 Discarding Anger From His Life

William was once easily provoked by the smallest things. Today, the twenty-year-old has turned over a new leaf. 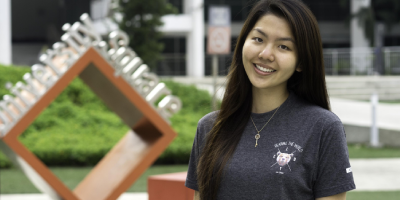