Get Inked: The Unjust Repercussions of Getting Tattoos

Why are we making unnecessary stigmas on those with tattoos? Telvin addresses the elephant in the room.

Having tattoos isn’t uncommon in today’s society. In fact, many of the younger generation (e.g. young adults like you and me), have been adopting these kinds of body art. When I was on campus, I noticed that many students have tattoos themselves, be it as a form of self expression or that it looks cool. And this isn’t just exclusive to those above the age of 21. Children and teenagers alike are also exposed to their less permanent, safe for school, siblings a.k.a temporary tattoos and classic earrings.

But as accepted as it is to many these days, there’s a real stigma that’s associated with having tattoos.

Throughout my life, I’ve heard from many elders that having tattoos is considered ‘unprofessional’. I’ve always been so confused by this. Unprofessional? How? How does having art and jewelry on your skin make you unprofessional? I’ve also heard that it’d be difficult to get a job when you have them. Nowadays, thankfully, this isn’t always necessarily true as many ‘modern’ companies are shying away from this stigma and are hiring those with tattoos. But how did we even end up with this stigma?

Notice how many movies or series that have a villain are usually inked?

Well, that’s one of the reasons why this stigma against it is so prevalent. The villains are more often than not the ones portrayed having tattoos while the hero/heroine normally has a ‘cleaner’ look. A few examples would be Max Cady in Martin Scorcese’s 1991 film Cape Fear and The Adjudicator from John Wick: Chapter 3.

As a result of what’s portrayed in the media, people might inherently place the same traits that the movie antagonists have on those with tattoos. A study showed that people with tattoos are still perceived to have low levels of competence, socialiblity, and have negative personality traits. 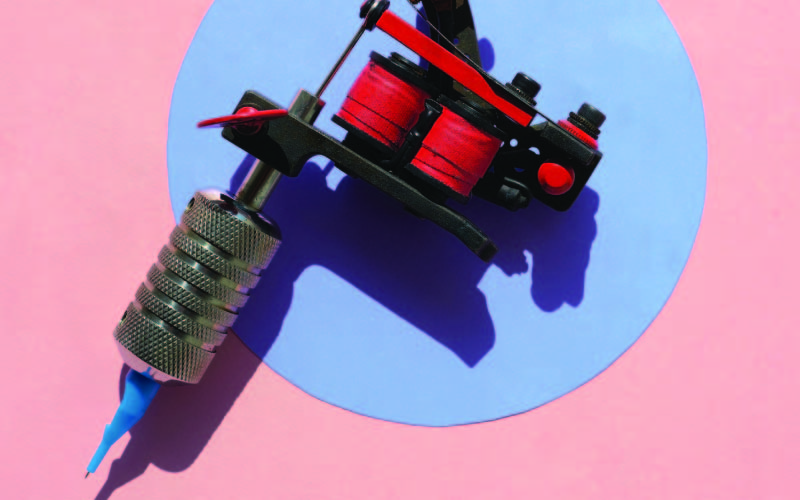 Now obviously this isn’t the case because getting tattoos doesn’t magically transform you into a bad person, and the inverse is also true — not having them doesn’t automatically make you a good person. Anyone can get them for any reason and it shouldn’t be an indicator of what kind of human being you are.

Even though today’s society is much more accepting of tattoos, the prevalence of this stigma may still result in a negative impact to an individual’s life, namely to their career.

Am I Missing Out on Opportunities?

According to a survey done by salary.com on 2700 employees and employers, 63% of respondents aged 60 and above don’t approve of tattoos in the office. In the workforce, tattoos are often seen as irresponsible, unprofessional, and there’ve been cases of employees getting fired because of their tattoos.

But in all honesty, these are questions that we do wonder. Does having a tattoo or even an unconventional piercing lower your quality of work? No. Does it mean you’ll be less productive than those without them? No. Now obviously, if a company deals with customers and clients face-to-face quite often, having a tattoo of a giant skull on your neck with flaming snakes coming out of the eye sockets will not give the FRIENDLIEST or best impression, but I don’t see why having reasonable ones would be a problem. And for employees who work from their desk in the office, why does it matter if they have any tattoos at all?

Hiring managers and employers need to keep up with the age of inclusivity and review their hiring policies. With the exception of hateful and racist tattoos, having these body art should be seen as one of the lowest predictors of performance because if the employee is good at what they do, it really shouldn’t matter. In fact, if anything, it should be celebrated as people are able to express their identity and creativity.

Beyond the Surface of Tattoos

Getting tattoos allows someone to showcase their creativity, due to the fact there are dozens of piercing types as well as tattoo styles a person can get. The list of what you can do to express your personality is really non-exhaustive.

Especially with tattoos, the amount of creative freedom a person can have with the designs may even provide a person space to express themselves in ways no other means can. In fact, after people received their tattoos, anxieties about their body and general bodily dissatisfaction immediately dropped. More importantly as well, this boosted self-esteem was still present during the follow-up three weeks later. 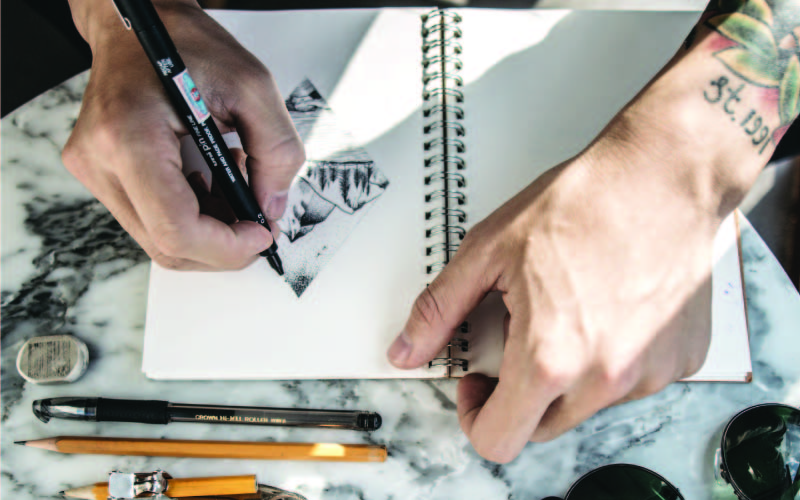 Tattoos that go beyond the skin isn’t a new concept. Let me bring y’all to the land of the rising sun for a moment.

Japan has quite a negative view on tattoos and there are many public baths and hot springs that prohibit anyone with tattoos from entering due to it being closely associated with the yakuza (or, bluntly put, Japanese mafias). Getting tattooed is a rite of passage for the yakuzas and each of the images or motifs have their specific meaning. For example, in Japanese folklore, it’s believed that the koi fish can climb waterfalls, working against heavy currents, which represents perseverance and indicates the many tough times. The shisa, or lion dogs are a symbol of protection against evil. Whether it’s a yakuza’s symbol of protection or hardship, a piercing that represents your culture, or a tattoo of a quote you relate to, these body art are often deeply rooted and represent more than what meets the eye.

On a final note, people have also used tattoos as a way to remember and pay homage to their loved ones who have passed on. They get something that reminds themselves of that loved one tattooed on their body, so that a piece of them lives on forever as they carry out their lives, which is pretty wholesome isn't it?

Asian countries are generally more conservative than the West in these kinds of topics.

Thankfully, even in this country, we’re slowly starting to see people being more open-minded and accepting of tattoos and piercings. And while we’ve still got a long way more to eradicate this stigma, let’s celebrate our little wins as well.

Remember, the next time you visit someone on campus, strike up a conversation by sharing a compliment and, if, and only if, they’re comfortable with sharing, try asking the meaning behind their tattoo. You never know what interesting story lies beneath their skin. 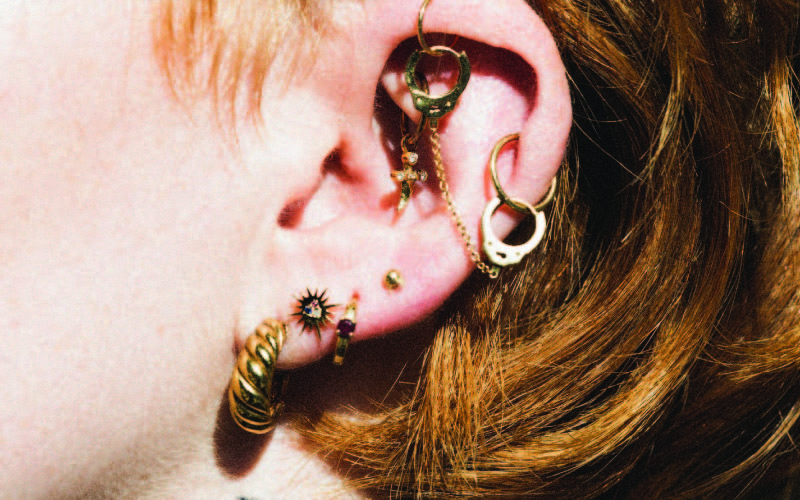 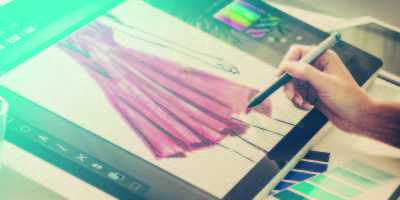 Stitching Fashion and Technology Together

Technology plays a part in sustainable fashion and fixes the problems of fast fashion. Find out how you can be involved in its creation. 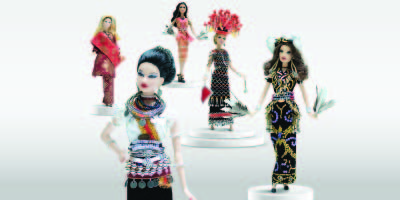 The Patung Project: How Fashion, Heritage, and Toys Collide

Mattel, fashion, and KLFW 2021. How can Barbie dolls and fashion save the uniqueness of a country’s unique culture and heritage? Read to find out more! 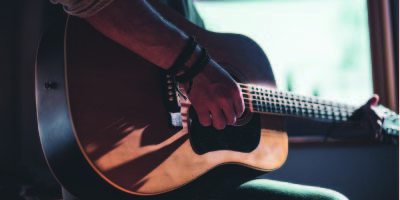 A Medical Student's Journey Freelancing in the Music Industry

Can you freelance in the creative industry without prior experience? Taylorian, Caleb shares an honest account of his journey.