Get off Your Phone and Make New Friends

Spending a semester on exchange in Melbourne, prompted this student to reach out, connect and make friends with other students from around the world. 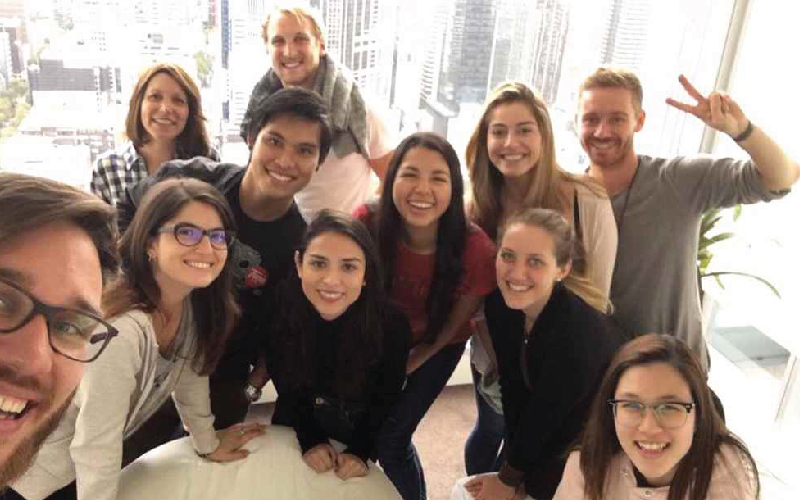 Zachary Sean Sia said that “Studying abroad had always been a dream of mine” and Taylor’s University made that dream come true when he headed off for an exchange semester to study at the Royal Melbourne Institute of Technology (RMIT) in Australia. He arrived in Melbourne a couple of days before the semester began, but knew nobody. Rather than sit on his bed with his mobile and connect to his friends back home in Malaysia, he decided to make an effort to meet new people. It wasn’t long before he had made a lot of new friends, some of whom shaped the course of his stay in Melbourne. “Ironically, most friends I made during this time revolved around conversations started whilst I was cooking in the common kitchen”. Thinking about it, “I suppose Malaysians will always start friendships around food”. But as he commented, “Nonetheless, it is vital to move out of your comfort zone when in new and foreign places. Melbourne wouldn’t have been half as exciting if not for the friendships I had forged in my first few days there”. As time went by, “my closest friends in Melbourne were neither Malaysian, nor Asian for that matter. Costanza and Carolina were Italian and Mexican respectively, both of whom were on an exchange semester just like me. But our ability to accept and mingle with people of completely different backgrounds made us into the closest of friends”. He recalled that from the day he arrived, “I sought to meet people; not just Australians, but from all over the world. By the end of the semester my circle of friends comprised Italians, Mexicans, Germans, Swedes, French, Koreans and Singaporeans”. He added that, “If there is one piece of advice I could offer, it is that Europeans are very much more straightforward than Asians. They will make the bluntest of remarks, and it is down to an Asian not to get offended if these friendships are to last. Perhaps there is much Asians could learn from Europeans about speaking our minds; but more important is to understand cultural differences - and not allowing them to hinder relationships”. He also reflected that this has now made him more interested to meet and interact with international students when he gets back to Taylor’s University.