Impacting Lives Through His Achievements

On the surface, Dr. Lai Nai Ming may seem like any other doctor. Under the microscope, however, Dr. Lai’s perseverance and passion that shines through any adversities, coupled with his humble and carefree nature, set him apart from many other doctors.

Here are his encounters that taught him to always count his blessings.

THE MYSTERIOUS CASE OF POPPY SMITH*, 1999

“It was 1999 and I was serving in the General Hospital in Newcastle, UK, before I got into my specialisation. There was an 8-year old girl, with nice blonde hair, who came into the emergency room having fits1. We quickly admitted her to the ward and ran all sorts of tests. For two months, every day during a certain period, we had to try everything under the sun to administer this. Based on her brain scans, the team who did the ward rounds2 suspected that it never actually stopped, and she was never really herself.

To make things scarier, every evening, after 7 pm, she would be shouting, and the look of horror would be plastered on her face. Usually, shouting goes hand-in-hand with people having fits and lasts one to two hours. We’d give her some drugs and eventually, she would go to sleep. Her case was quite abnormal that even the neurologists didn’t know what to do with her despite studying and researching it. They would even post her case around to get further opinions from neurologists around the country but to no avail.

Despite our cluelessness, for about two months, we gave her different drugs and hoped that it would work. After two months of continuously doing this, she became normal. When doctors give out a combination of medication, we’d know what works. For her, we were never sure. Being scientifically and rationally driven, we thought it may be the brain overcoming it or probably that she needed more time to work. At that point in time, we only speculated.

I built a close relationship with the figure that stayed by her side and remained calm throughout that journey, her mother. I asked, “what do you think made the fits stop?” Of course, she didn’t know but she confessed that she just started praying.

It dawned on me that there’s only so much we, as doctors, can do. It reminded me to always be humble and not presume that we know everything which is the cause of stress for most doctors. As long as our hearts are in the right place, things will fall naturally. This is what I aim to impart to my students.”

*Names have been changed to protect the privacy of the individuals.

Doctors constantly research and study about old and new diseases. But what happens when you come across something you have absolutely no clue about or to help the person? Here’s how Dr. Lai persevered through that struggle.

“When I was finally able to serve in Malaysia, I met this patient, Nabilah, with Segawa’s disease3, or juvenile Parkinson’s disease4, while I was doing my rounds as an honorary consultant5. When you have this disease, you’ll usually tremor, and it’ll be hard to walk. This girl, who was about 9 or 10-years-old, spent her whole life in a wheelchair. I remember her being put on all sorts of medicines and things like that.

At that time, I had absolutely no idea about the disease and I had to contact a lot of people to understand this better. As an honorary consultant, I was able to spend a lot of time with my patients and I think this really gained the trust of her parents. Because of that, her mother implied, in a non-demanding way, that under my care she would be able to walk. I was stressed out to shoulder that much responsibility but it showed that she trusted me, especially when there wasn’t any specialist there at that time. I didn’t take it lightly.

We had a lot of consultation with the parents but each meeting became a chit-chat session to learn more about the disease. Shortly before her 11th birthday, much to our surprise, she got up from her wheelchair and walked! This was really beyond what any of us could predict. At that time, I didn’t think much and wanted to leverage her ability to walk by getting her into physiotherapy.

She really played a big impact on me to never give up hope and to continue on even if something doesn’t work because just by trying, something will happen. These are hard cases because they tax your determination and resource but it enriches your lives beyond what you can imagine. Sometimes you may not understand the disease the patient has but you must always be thankful for the chances and blessings you get.”

*Names have been changed to protect the privacy of the individuals.

Fits: Also known as seizures, it is a condition where the brain causes the person to have uncontrolled movements, which can be violent, and may lead to a temporary loss of consciousness.

Ward Rounds: When a doctor goes around their designated hospital wards to check up on their patients.

Segawa’s Disease: It’s a rare genetic disorder that causes the person to be uncoordinated, walk clumsily, and muscle moves involuntarily.

Juvenile Parkinson’s Disease: Like Segawa’s disease, this is a rare movement disorder that happens before the age of 21 years old that is affected by the brain and neurons. Young people with this disease are likely to get Parkinson’s disease when older.

Honorary Consultant: A clinician academic hired by a university to teach students and supervise students in hospitals, with additional roles in providing clinical services when required.

Dr. Lai is a neonatal paediatrician and the director of the clinical campus at Taylor’s. One of the first few publishers under the Cochrane Review, he is proud to have seen and been an active part in growing the Malaysian community of researchers. Humbled by receiving the Kenneth Warren Prize in 2018, he is hopeful that the award will become an inspiration for more researchers to publish their work which will be helpful in advancing the medical field. Constantly thankful to the people who helped him in his career, he hopes to also inspire students that he teaches through his actions. 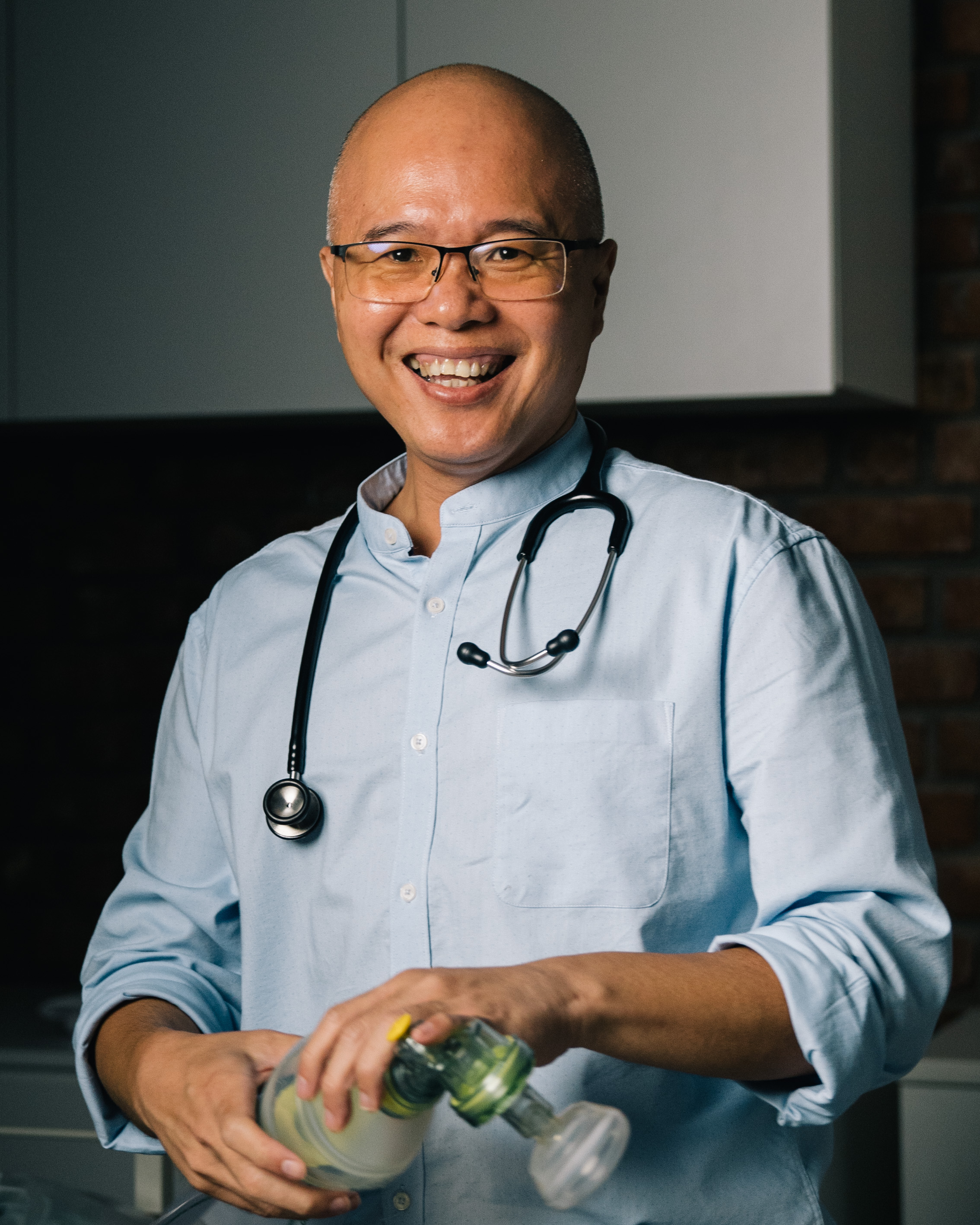