Jazlan: The Graduate Who's Going the Distance

Harvard, Yale, University of Pennsylvania. These are some of the prestigious Ivy League schools in America that most students dream of furthering their studies in (Even majority of Hollywood movies revolving around college settings paint them this way!)

With their low acceptance rates, a vast majority of the average American student, let alone an international student, finds it difficult to get accepted into an Ivy League school. So you can only imagine the feelings that rushed through Taylor’s American Degree Transfer Program (ADP) student, Muhammad Jazlan Haris bin Asrul Nahar, upon receiving the news of getting into one of the top schools in the country.

Jazlan, an all-rounder student who excels in both academics and extracurricular activities, sent his application to 11 different universities in the States in January. Just a short 3 months after in March, he received his acceptance letter by Ivy League’s University of Pennsylvania’s Wharton Business School to study behavioural economics!

We spoke with Jazlan about his preparation in college and journey getting into the University of Pennsylvania. 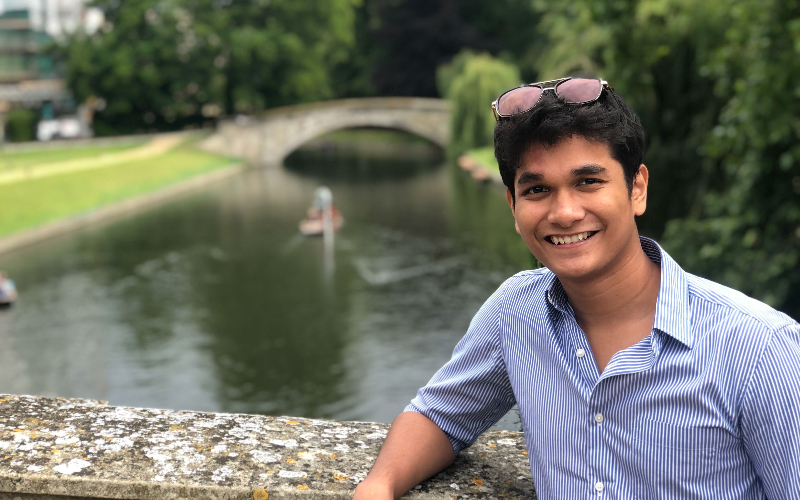 A: It’s surreal! I feel blessed and grateful for all the support and love I’ve received up until now because without them, I wouldn’t have made it. Getting into an Ivy League certainly was but it was more like a long shot.

Q: How did ADP help you in your pursuit and success in entering an Ivy League university?

A: Credit goes to the lecturers, who gave me plenty of opportunities to grow beyond the classroom through extracurricular activities, like being an emcee, and the reps from Taylor’s University Placement Office for guiding me through the application process and clearing my doubts.

Q: What are some of your memorable experiences while in ADP?

A: It was fun! I really enjoyed being a part of the Crimson League. I used to dread the drive back home after classes so I couldn’t help but feel relieved and excited to play sports with friends regardless of their team. Speaking of friends, I made a bunch of them during my time at Taylor’s. I’m happy to say that we still keep in touch.

Q: How was it like studying ADP? Did you have any favourite lecturer or memorable moments?

A: My favourite lecturer has to be Dr. Guido Benny. I remember being in his class for International Relations and, funny enough, he gave me the only B in my whole transcript. But I appreciate him for all the emcee opportunities he has given me. Being able to host events and forums, I managed to learn a lot more about International Relations. I give all my thanks to him as well as Ms. Thava, Ms. Lim You Ping, Mr. Clarence, Dr. Wong, and Ms. Patrina as well. 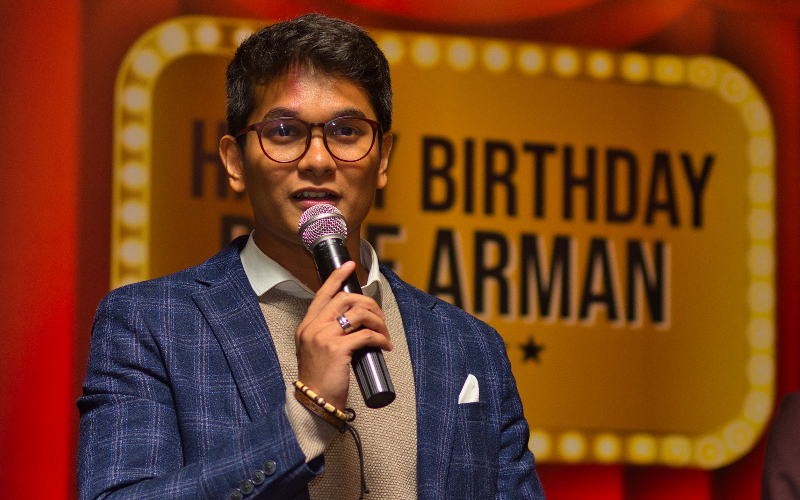 Q: Could you tell us more about your journey as an emcee?

A: I debuted my role as an emcee when I hosted the launch of the Taylor’s University Film Festival (TUFF) in June 2019. My friend offered the role so I thought, “Why not?” Being an emcee has definitely taught me the invaluable lesson of being myself. Unlike acting, I don’t have to fill in the shoes of a character on stage which has given me the freedom to experiment and find out what works best for me when hosting. By being myself on stage, I adopt the confidence to do the same on any regular day.

I remember this one memory during an appreciation lunch for the closing of the Inter-Varsity Stock Challenge in October 2019. It was my first time using cue cards and standing in the middle of the stage compared to when I’ve stood behind a podium reading a fully-written script. I would say that was the peak of my performance. From June to November, I’ve emceed a total of 6 different events including dialogues, forums, and ceremonies.

Q: Apart from your experience as an emcee in various ADP’s events, did you participate in other clubs and societies at Taylor’s University?

A: I was part of the Student Union, though for a really short time, and the Taylor’s University Film Society.

Q: You’ve only been in ADP for a year. It’s incredible how much you've done in such a short amount of time. How did you grow on a personal level from when you started ADP?

A: ADP taught me to be self-disciplined and accountable. With the flexibility and freedom to choose my own classes, I could’ve chosen a schedule that wouldn’t have burdened me. But if I had done that, I wouldn’t have been able to challenge myself to build a solid academic background. I compromised by fixing a schedule with the right balance and not overburdening myself.

Q: What would you tell someone who’s considering studying ADP at Taylor’s?

A: You should join the programme if you have your eyes set on studying in the States. Before enrolling though, do yourself a favour and decide if you want to go there as a transfer student or a freshman. Once you’ve done that, seek out the reps from the University Placement Office, the sooner the better, to identify your path and the steps needed to be taken. After that, enjoy your study life but never lose sight of your goal.

Q: What would you advise someone who is interested in getting into an Ivy league university?

A: Discover your passion. It’s great to be an all-rounder, but it’s even better if your admission officer can point out your strengths as an applicant. In most cases, they’ll point out what you’re most passionate about.

Also, you must fulfill their basic requirements, or at the very least, try your absolute best to get as close as possible to it. However, what’s most important is to not over pressure yourself. If things don’t go your way, try again, and again, and again. Overcome your challenges.

Q: Any other comments, thoughts, or advice to students?

A: For me, luck played a really big role in my acceptance to an Ivy League university. Luck took the form of opportunities presented, exposure given, the support from teachers, and parents I’ve been blessed with. I’m forever grateful for all of them. So, my advice is to never forget those who have played a role in your journey, no matter how big or small. Appreciate them, thank them, and remember them.

Congratulations Jazlan on your achievements! We’re so proud of you and can’t wait to hear of the many more achievements you’ll accomplish in the near future. Thank you for allowing us to be a part of your journey through Taylor’s ADP.