Malaysia: A Home Away From Home

In a few weeks, this nation celebrates 57 years since it established the Federation of Malaysia.

While none of us have lived to see how far the country has come since 1963, one thing you could ask yourself is what does Malaysia mean to you?

Malaysia, to me, symbolises abundance.

This is by no means an attempt to toot the patriot horn but, rather, an honest insight on how growing up in Malaysia effectively shaped the person I am today. Let’s put you in my shoes: the shoes of a nomad who spent a great deal of her childhood country-hopping with no solid place to call ‘home’. And so, moving to Malaysia was presented as a package deal, neatly laid-out, and brimming with opportunity, choice, and diverse visions.

My initial impression of Malaysia rested on the old travel commercial I used to watch as a child that would air frequently on TV, with the sing-song of their slogan ‘Malaysia Truly Asia’ at the end. It encompassed everything I believed the country would offer me, brand new and unfamiliar from what I was used to. The cities in the commercial were littered with skyscrapers and buildings coming in all shapes and sizes. An urban jungle, as some would call it. The lush forests and clear beach waters were the obvious bait for most tourists but I fell in love with the traditional dance sequence featured in the commercial. Something about the unique blend of modern architecture and age-old routines really caught my attention, presenting a good balance of new and old in a single multiethnic society. And it certainly didn’t equal clickbait in reality either, because what you see is definitely what you get. It may not be quite as literal and fantastical as the commercial obviously, but it was definitely what I signed up for. 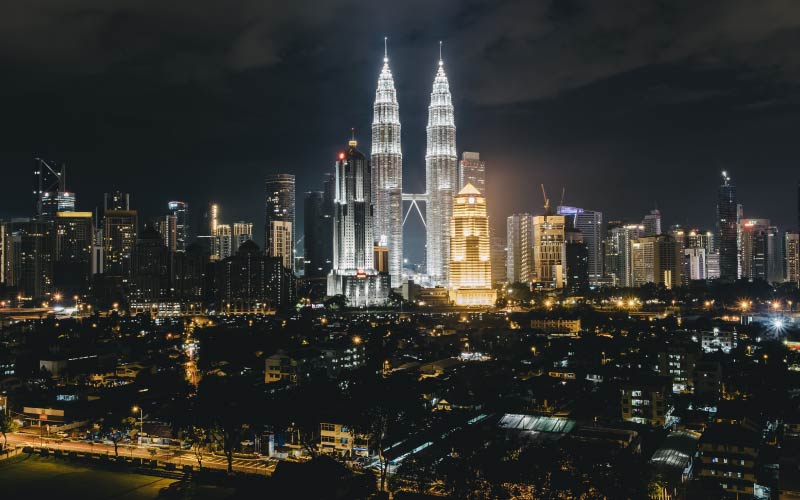 I don’t remember experiencing a culture shock as to how anyone would when packing up their life and settling down somewhere new. Partly because I never felt like a foreigner since I arrived. Besides the obvious language barriers and cultural differences, it was easy for me to blend in within months. Homesickness never crossed my mind too much because I had already begun immersing myself in the new reality and they kept me content. Within half a year, I had already forged friendships and had my life more or less settled. And it wouldn’t be a lie to say that the friendly nature and ease of the people around me made it easier to fit in over time.

Besides harping on obvious stand-out characteristics like the food and tourism locations, the essence of Malaysia lies in its society. I fondly refer to Malaysia as a melting pot of ‘Asian excellence’ summed up in each and every one of their 31 million citizens. You meet people from all walks of life, with unique traits and cultures that don’t mirror your own. Every subgroup has its own story, fresh and unlike the other. And it somehow never ceases to amaze me how a cast of communities are able to coexist and thrive under one rule, navigating through their communal lives and cultures, yet still marking themselves proudly as ‘Malaysians’. 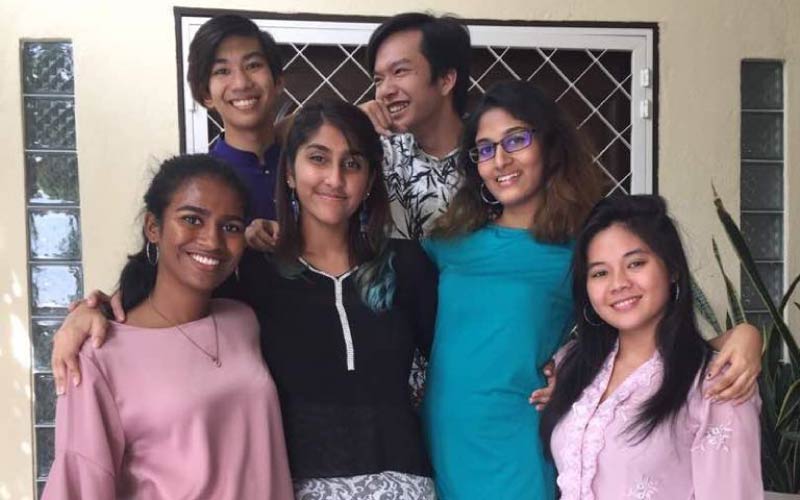 2018 was a big year for me and for Malaysians in particular.

At that time, I had already hit the first-decade mark of my stay in Malaysia, and could proudly call myself a de-facto Malaysian despite what my passport said. But that was also the time of the 14th General Election. If you can recall that period, you’d remember just how iconic the result day was.

GE-14 was a historic time for Malaysia (however short-lived it might have been) because it showcased the people’s voice and how they wanted to decide the fate of the country.

I remember the proud tears that pricked my eyes, despite my foreigner status, because of the symbol it stood for. A symbol of unity among the people, regardless of race, religion, or colour. I also vividly remember the excited high fives and screams I had with my friends the following day, exercising our relief that the worst was over and change was yet to come. This nation and these people had given me a home, raised me, and offered me a space to flourish, and it swelled my heart with pride that I could witness this historic time. It was something I personally would never forget at least, in all the time I’ve spent living here. 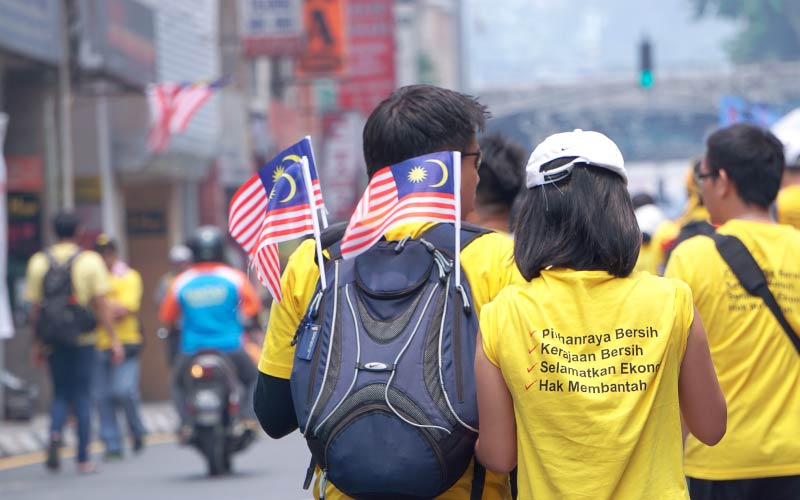 Despite it all, yours truly is definitely no stranger to the obvious controversies and scandals that have occurred over the last decade or so, some of which has been etched in the minds of many Malaysians. The string of chaos that has ensued offers little to no hope of stability at times but it's hard to acknowledge that the faults overshadow the budding promise that is still yet to bloom from the nation. After all, there are chips and cracks in every temple, but it won’t crumble as long as it has pillars of support holding it up.

More than once have I heard friends express their desire to move overseas and leave their former life behind in Malaysia. Often, we are swayed with the mindset that the grass is greener on the other side when sometimes it's the familiarity and simplicity of home that proves to be the better alternative. And while curiosity burns to explore beyond the borders of the motherland, it’s sometimes rooted in the mistrust emitted by the citizens themselves. We are trapped in social media cocoons, privy to constant pessimism and misinformation swirling online that we subconsciously develop a negative voice of protest over time.

In these turbulent times of uncertainty and frequent spells of disappointment from the national scene, it does get hard to focus on the good or what is even left of it. Yet I look back at how my life took a turn since I arrived here with nothing more than a couple of suitcases and waves of anxiety and it fills me with nostalgia. Sometimes it’s hard for me to fathom what kind of person I would have become if I hadn’t grown up here. There’s a lot of this society and lifestyle that has effectively been ingrained in my soul that I have grown up feeling like Malaysian but only in name. 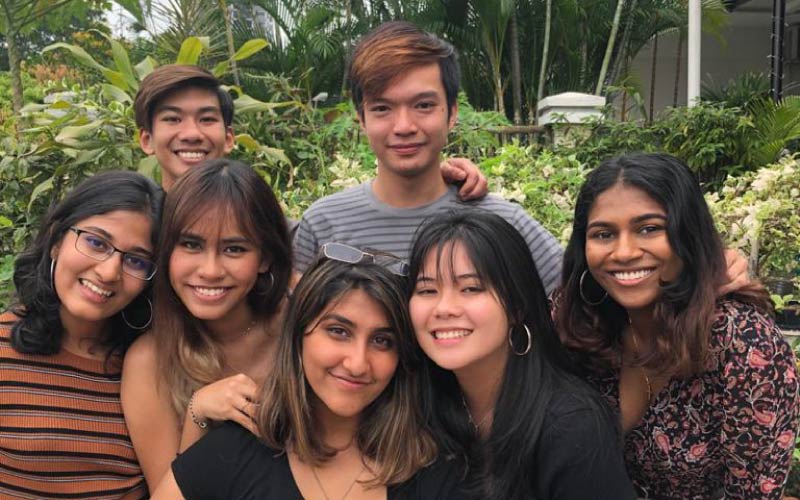 A part of me that wishes I could live here forever, despite all that I have received in over a decade, I still think there’s something here for me. Maybe it’s gnawing familiarity, or maybe it’s the realisation that I perhaps belong here. I can’t really tell, but the inevitable truth that my time in Malaysia is coming to an end fills me with absolute dread. My sentiment for this nation, however rose-coloured it may seem, may not be shared by all but anyone can agree that this country has so much to offer for its people.

Malaysia, down to its people, culture, and society, became a safe-haven for my naive, impressionable mind, and carved my identity into what it is today. At the end of the day, I may be a nomad seeking shelter in this host nation, yet I got much more than I bargained for — a home away from home.

Karen Grace Prince is currently pursuing a Bachelor's Degree in Mass Communication (Honours) at Taylor's University. She is also the Director of Events Committee for the Taylor's Model United Nations Club (TLMUN) and Director of Ext. Operations for TLMUN 2020 Conference Secretariat Team. 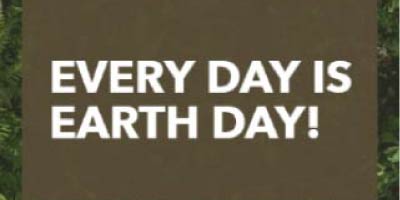 Earth Day is celebrating its 50th anniversary! Here are some steps we can take in our daily lives to show our care for Mother Nature. 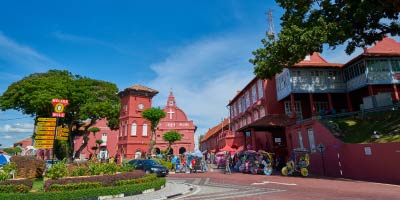 Can’t wait to travel? Get a taste of what Melaka and all of its historic charm has to offer through the eyes of our Taylorians. 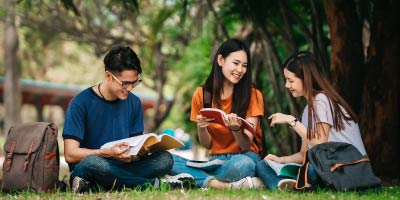 A Student's Guide to the New Normal

Feeling uncertain of the new normal? Here’s how you can prepare yourself for the future, post-CMCO.