The Grand Challenge is an international event with a vision to overcome barriers and create opportunities with new technological inventions that improve the planet. NAE from USA has identified 14 Grand Challenges which engineers need to address in the 21st century in order for humankind to flourish and progress into the next century.

This team’s ‘Solar Powered Hydrogen Fuel Cell Carrier’ is a prototype of a driverless vehicle ferrying pedestrians from Taylor’s car park to the campus through rain or shine. The vehicle is activated with a hand wave, made possible with front motion sensors.

Explaining their project in detail, Jonathan pointed out the most challenging part was making their own hydrogen fuel cell. 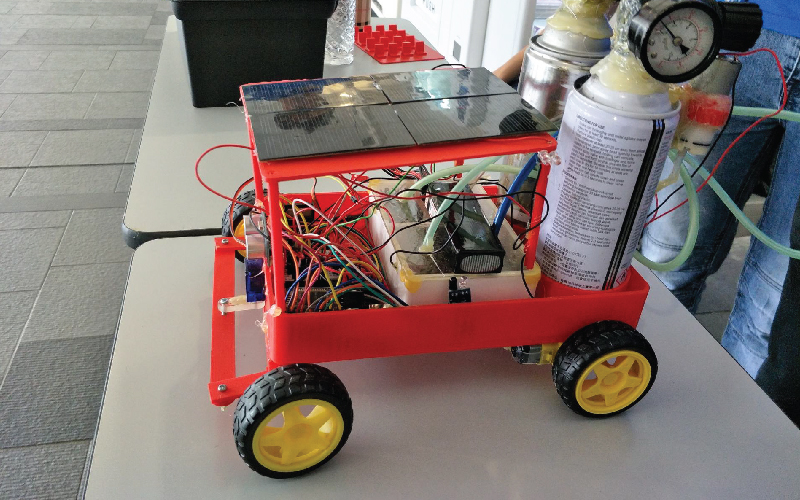 "While most students purchased theirs to power up their project, we made our own to cut cost," Jonathan said, proud that their project only costs RM300. “It took us three weeks to make our own fuel cell. We had to go through many trials and errors, but it was well worth it.”

“An imported hydrogen fuel cell is not available in Malaysia and can only be purchased in the US. Shipping costs as much as the product itself, meaning we would have to fork out an additional RM200.”

"It was the craziest thing we've ever done," the team echoed.

Jonathan and his team won First Prize in the Best Multidisciplinary Project Award which amounts to a cash prize of RM350. They have also received nods of approval from the campus community, industry members and visiting academicians.