“Thanks to A Phone Call to My Mum and YouTube, I Now Know How to Cook” Says Taylor’s University Exchange Student to QUT in Australia

A semester on exchange in Brisbane helped this Taylor’s student not only to realise the importance of being able to cook, but allowed her to make friends from around the world. 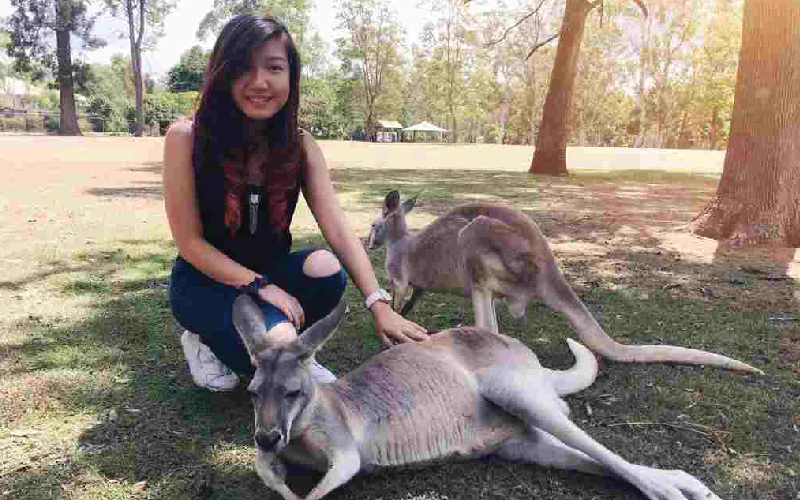 Sharon Tan made new friends during her semester abroad at QUTv

This experience really helped me to build up my “confidence, independence and just to know who I really am” said Sharon Tan Yew Li, who opted to go on a semester exchange to Queensland University of Technology (QUT) in Brisbane (Australia). Looking back on her time at QUT she said, “It was a life-changing experience for me, as I had never been so far away from home for a significant amount of time before”. Studying International Business and Marketing in the Taylor’s Business School (TBS), she said that “I now recognised the importance of making international connections and creating memorable friendships which allowed me to get the full experience out of my exchange programme”.

Reflecting on her academic experience at QUT, she found that it was easier to manage and cope than she had expected – partly due to the flexibility. She commented that, “I noticed that most students in Australia are really independent, because 8 out of 10 local students have a part-time job. QUT allows student to select their timetable based on first come first served basis. The result is that the students will often arrange their classes on the same day - so they could spend their off day doing part-time job - or have more time to manage their studies”. She also found that the staff in QUT were extremely helpful, noting that “the lecturers are extremely passionate about teaching, while the students are also keen to learn by constantly asking questions and wanting to be engaged and really involved during tutorial discussions”. Looking back on her life at home in Malaysia, she now realises just how well taken care she was of by my family. But as she commented, “studying in overseas puts you into a situation where you’re forced to gain a certain sense of responsibilities and be empowered to make independent decisions. One of the major struggles I had to face was to figure out what to cook for my daily meals!”. Like many young Malaysians, it seemed that she barely cooked while living at home, but after getting ample help from her friends, along with some advice from her mother and an array of YouTube cooking videos, she has now greatly improved her cooking skills.

Looking back over the past few months she said, “I got so much more than I have expected. This incredible experience has impacted me greatly and it allows me to open to more new things for instance, obtaining a more open mind-set, which taught me to think critically before making judgement of people from different cultural background. I also met people from a range of different countries.  I would never have thought I would be able to build deep bonds and lasting friendships with such a diverse bunch of people”. The experience also widened her horizons and she now finds herself much more comfortable in communicating with people who are different. “There are many decisions I have made in my life, but participating in a student exchange programme was one of the best decision I’ve ever made. It was the best year of my life, as I had the opportunity, flexibility and freedom to also see so many other places in Australia - such as the Gold Coast, Melbourne and Sydney”.