How does culture, politics, and social influence the concept of place?

Over the years of being in the architecture field, Associate Professor Dr. Ng Foong Peng, Head of Taylor’s School of Architecture, Building and Design, has conducted many different projects spread over different areas of interests. But if there’s one thing that remains consistent and holds everything together — the concept of place.

Q: How has your journey in architecture been and how has the notion of place played a part in it?

A: Across my work, the broad notion of place has always been there. I started having an affinity with that word while doing my design thesis in the 5th year of my architecture degree where I focused on design — particularly in designing and expressing different physical places.

During my PhD, the tangent shifted more theoretically where I began looking at the concept of place beyond the physical use of the word. The research I did, Re-thinking Place, was aimed to identify problems associated with place-making during the start of the 21st century.

Coming back to Malaysia, I started teaching at Taylor’s and taught Design Studio which focuses on genius loci or the spirit of place. I wanted students to learn how to grasp the essence of space beyond the physical. During these classes, I carried out a project called ‘The Sense of Place’ where we visited different towns in Malaysia, talked to some locals, and experienced these small and unique places with strong characteristics. For example, Sungai Lembing, Georgetown, Pulau Ketam, and so on.

Find out more about the various publications that Assoc. Prof. Dr. Ng Foong Peng has published throughout her career here.

Q: That’s an extensive list of projects! Is there one you’re currently working on?

A: Right now, I’m interested in communities. You’d notice a shift in my area of interest but in actuality, the concept of place is made out of many things — buildings, people, spaces, and so on.

I’ve put together a research grant as a response to the COVID-19 pandemic and how to improve conditions for legal migrant workers’ housing on top of the many guidelines already in place. While there are a lot of policies and guidelines, they’re mostly based on physical requirements instead of how the space is used. We need to understand the social context of space which includes the culture of those we create the space for. This will impact whether they use the space the way it was intended for.

The project I’m working on is based on developing a social spatial framework for migrant workers’ settlements.

Actually this was inspired by an alumni working in the Philippines where they facilitated projects to build quick quarantine centres across the country usually located near hospitals. And they’ve even thought of the after use of it where it can be used for training camps and other purposes. 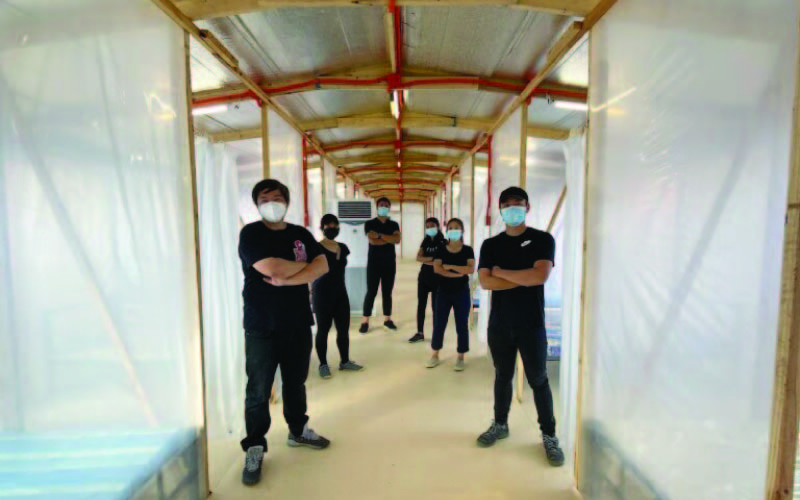 I thought it was a good idea then and reflected it in the Malaysian context at that time when people were first asked to do home quarantines because of the lack of ICU beds.

Personally, one of the long term goals is to study a particular type of housing, develop a prototype, and build it on campus, just like our microhouse. This has actually been done in other parts of Malaysia. During one of the festivals in KL, they built a house in Medan Pasar and many people went to experience it. Though we can build our own once we have the prototype, to get the research done and the alumni to be a part of it takes time and has many procedures. I’m foreseeing a possible 3 year plan.

Q: What are some of the misconceptions about ‘place’ and what can we do to understand it better?

A: One of the misconceptions of ‘place’ is that people think of it as a literal building that’s physical and tangible. If it doesn’t have those things, it’s incomplete.

At the end of the day, buildings start with people. As architects, we intend to create a space for learning. We look at how people would use the space and the product is a result of that intent. The role of architects is to choreograph this space so the person, though there’s no guarantee, will use the space as intended.

Malaysians generally don’t appreciate space. Within the Malaysian culture, it’s very hard to address this because we’re not educated to appreciate it. Even in the schooling system, we’re not taught design thinking, build environment, and there’s no sense of what architecture is about.

There are many people in society trying to educate people to appreciate space through exhibitions, workshops, and talks. But these are small things put together that, unfortunately, aren't big enough to make a massive difference to the wider audience but rather to people who are interested in it.

I hope that people do come to realise and appreciate space the way it should be.

It's important to equip yourself with the right tools to build your career in architecture. Find out more about it here.

Q: With your extensive area of research, what would you advise people who don’t want to settle in one particular area?

A: The first thing is to maintain consistency in your process, method, or approach even if you change your gears. No matter the amount of projects you take, the steps you take have to be consistent. It may be challenging because you’d have to conduct a whole new area of background knowledge so that you can write about it. So the first advice I’d give is to make sure the method is consistent and replicate that.

Second thing, although your interest may be inconsistent, align it to your one broad word so that whenever people think of this word, they’d think of you. When I was a bit younger and teaching, many years later I met a student who remembered me based on the word ‘poetic’. So that’s how I communicate myself to them and realise the importance of having that 1 or 2 words and that would help with your niche and personal branding.

The third thing is to build your personal branding or identity.

I don’t do it consciously but I believe whenever I teach a class, I will use my own examples, and that’s a way I build and share my identity with my students.

Your identity is very important because that’s how people perceive you and what you do is significant in projecting identity. 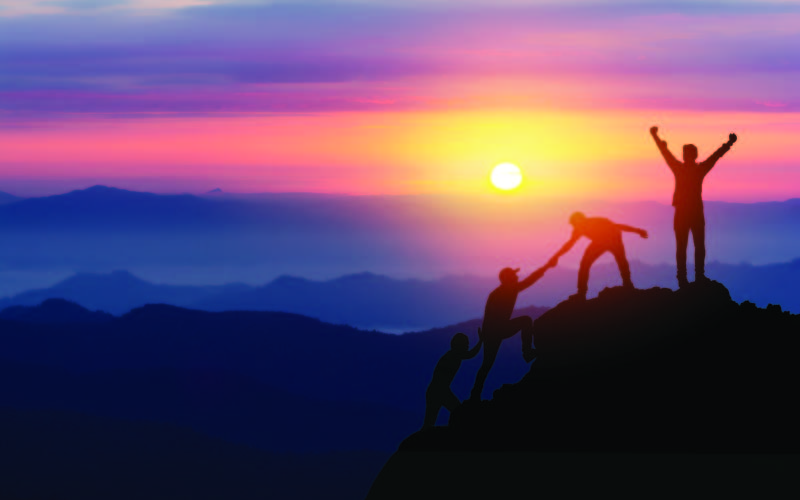 The last thing is to find your purpose, of course influenced by Simon Sinek. I started to think about what my just cause and purpose is and I realised that my purpose is creating experiences. It’s creating experiences for (fill in the blanks) — to be filled with all the random things I do. I look at teaching the same way where I create an experience and through that my students will remember things.

Q: What’s a memory that stood out for you?

That was most memorable because it meant that we had the power to curate what we want students to experience — and that’s a good power to have because you can write from a blank page. That experience was most impactful when getting accreditation because that’s the end of the experience. The good thing was that for both of the accreditation we were the 1st private uni to get it.

If we’re talking about research, it’s when we completed the analysing architecture project in 2019 together with my research assistant who was a Master’s student at that time. The research was based on the approach used by architecture writer, Simon Unwin — and I idolise him!

He writes must-read books for architecture students and he analyses houses so we followed his approach. When we got the paper published, he stumbled upon it and he wrote to me! At first, I wondered if this was a scam? But I responded to him via email and he was sharing how happy he was that someone found his work interesting and useful.

For our research, it’s a bit different. It’s not like science where you invent or find a cure. It’s more social and doesn’t have a direct applied benefit. So, to get an email where someone read the paper and it’s the person that we based the paper on, that reinforced the purpose of doing the research.

Q: Have you always been in academia?

A: No. When I graduated, I practised for 3 years and I hated it! I thought it was exploitation. I was educated in Australia and I really liked the way they lived. When I came back to Malaysia, it didn’t feel like that at all with the long hours and overworked environment. In fact, the practice today is still the same as when I was working.

I thought that's not going to be healthy so I decided to take a break. I applied for a scholarship to do my PhD so that’s why I went back to Australia and I also worked part time in Curtin University. Ever since then, I’ve been in the education setting and I think it’s the best job in the world. When I first started, it didn’t feel like I was working where I’m creating something for myself and the students. But now, with this new role that I have, I kind of like doing it because it’s something new and I understood the role of power better. With this new role, I’m able to get the things that I want to see happen, especially with the student experience.

The reason why I took up my role as Head of School is because Prof. Pradeep mentioned that he wanted me to give the students a good experience. I was a bit hesitant for 2 years until he mentioned the word ‘experience’, and that’s when I bought the idea.

Q: What is something you’d like people to know about architecture?

A: For me, I see architecture as a lived experience and I see it as something beyond the building because it impacts people.

On finding purpose, when we do what we do, we’re driven by a larger purpose that contributes to things beyond ourselves. In order to reach there, we have to reflect on ourselves and subsequently create small goal posts so we can get there. However, as you get there, you may have other goal posts coming up. Never be afraid of changing your path as long as it gets you to the same purpose.

Thinking of taking up a research programme? Find one suited for your career path here. 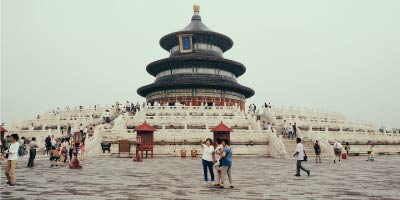 Taylor’s School of Architecture, Design, and Building, Dr. Keith explains how a country’s heritage can contribute in economic ways to communities and cities.

What’s the relation between heritage and sustainable cities? Dr. Sothees Somasundram from Taylor’s Business School shares about her research on Lenggong Valley. 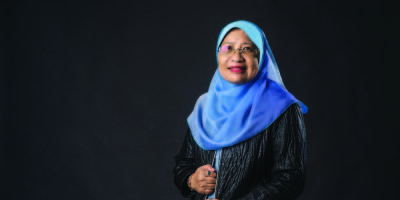 Taylor's Case Study: Hope in the Future of Journalism

Dr. Roslina from Taylor’s School of Media and Communication shares how her experiences shaped her academic life.