Robotics is here to stay in our lives. It’s time we learn and understand how that impacts us.

If you’re looking to know more about unmanned aerial systems or drones, Dr. Phang Swee King, Senior Lecturer of Taylor’s School of Computer Science & Engineering, is your go-to guru. Dr. Phang shares about his journey in robotics including his research project on indoor flying drones!

Q: Could you share with us more about your research on drones?

A: I’ve just completed an internal grant on the algorithmic development of drone capabilities, such as simultaneous localisation & mapping and map stitching.

The research I’ve worked on implements AI recognition algorithms into drones. For our final experiment, we demonstrated an autonomously flying drone that successfully identified and tracked my research assistant's position.

The algorithm I’m currently using is the simultaneous localisation and mapping (SLAM). 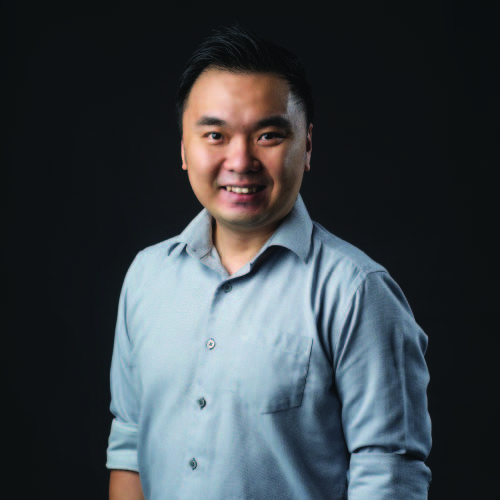 In most commercial drones, they’re able to fly autonomously using a GPS signal which is only applicable outdoors. For indoor navigation, different algorithms, like SLAM, are needed to allow drones to know their location with decent accuracy.

Using the SLAM algorithm, drones can obtain important feature points using a camera or other sensors. They then remember and compare the feature points in its memory to identify its own location. This algorithm is mathematically and computationally heavy for drones.

So right now, the research focus is on optimising the code so it can run in real-time.

Q: What inspired you to work on having SLAM in drones?

A: The whole idea was to enable drones to fly autonomously without relying on GPS. In this case, an indoor scenario would be the best example. Without this algorithm, drones will always need assistance from a pilot as you can see it with the commercially available drones. Using this algorithm, drones are able to become smarter and as technology matures, hopefully we’ll be able to see it flying autonomously, particularly for search and rescue missions.

Though the product is not currently commercially ready, I do hope that the algorithmic development will allow for drones to become smarter. I also hope that we’ll be able to implement it and have a highly autonomous drone built in-house at Taylor’s that can work indoors.

Q: What are some of the challenges you’ve faced for this research?

A: The most challenging part of any drone research is the agreement between simulation and the actual drone itself. Even if the algorithm works well in simulation, extensive experiments and flight tests are needed to fine tune them before implementing them into the actual drone.

Most of the time spent for the projects are on flight testing which is rather time-consuming. Sometimes it also means the crashing of the drone from 20 or 30m above the ground which would then require us to reconstruct the whole drone again to do another testing.

Also, in the industry, drones also pose a safety concern. In order for drones to be used by the masses in public, we need to look after the safety of the people within the area as well.

Rules and regulations will need to be imposed on flying drones in public areas. Currently the rules aren't very strict, but with more drones appearing, they're expected to be tightened. 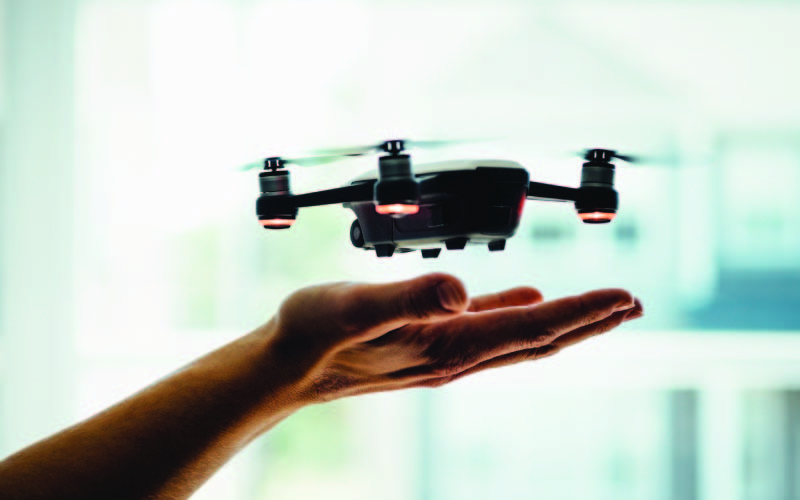 Interested to know how a postgraduate programme could help you in your career? Find one suited for you here.

Q: How can drones help especially in the COVID-19 pandemic?

A: Drones can be developed in two different aspects — application and research of the technology. Based on research, you could mix and match to form different applications. For the COVID-19 pandemic, we thought of a few applications including the use of drones to spray and disinfect the inside of buildings but it would require SLAM technology.

The first thing we need to do is to get the regulations sorted. Without it, you wouldn’t even know if you’d get penalised flying it. Governments need to discuss with specialists to know what the requirements are for the drones to form the regulation.

A: Yes. Since my first year in undergraduate, I started liking the electrical and electronics field, especially in robotics. Actually, I’ve always liked maths — all the way back from secondary school.

When I’d to choose between Pure Maths or Engineering when I entered university, I was advised to take electrical engineering because it had a lot of math applications. Robotics is very hands-on and allowed me to play with actual objects — whether it’s building a car, robot, or even drone. It was a more hands-on approach in applying mathematics.

Then, I started drone-related research since my final year project back in 2009. It started with building an autonomous remote control helicopter for my FYP and then working on designing small scale autonomous drones or Unmanned Aerial Vehicles (UAVs) for my PhD research.

Find out more about the different engineering programmes that’s suited for you here.

Q: Have you always wanted to be a lecturer?

A: I’ve always liked to teach — probably inspired by my father who was a primary school headmaster. While doing my undergraduate, I always thought I’d graduate and be an engineer. I never thought of studying for a PhD.

My then-supervisor actually encouraged me to continue studying while recruiting me as a tutor for his module which furthered my interest to teach and research in the field of autonomous robots. Once I started my teaching career, curious students who often ask questions in class also created excitement for me when teaching.

Q: What’s a memorable experience you’ve had with your students?

A: The best students I’ve encountered are those few who are very interested in robotics.

In fact, before I joined Taylor’s, there was already a Robotics Club and these students offered me to head it when they found out my involvement with robotics. That’s how I got to know these students who are really self-motivated and willing to do a lot of things outside their curriculum.

This group of students are mainly from Mechanical Engineering background. Though I’m an Electrical Engineering lecturer, I made a request to the programme director if I could supervise them for their FYP because of the relationship we have and their interest in robotics.

Be prepared for the future. Here’s what you need to know about getting a Degree in Robotic Design and Development. 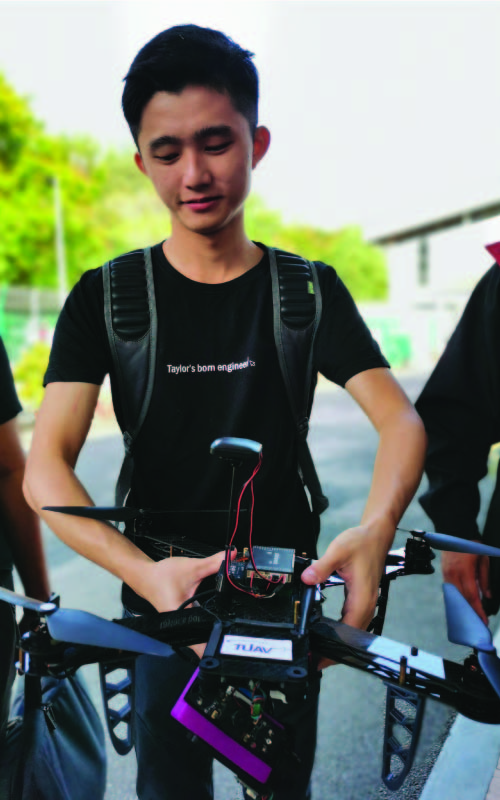 Q: What was your most interesting experience throughout your robotics journey?

A: While I was in university, the fun part was definitely when we were able to take part in competitions. My supervisor loved finding new competitions for those under him to team up and take part both overseas and local. He’d actually cover all our costs so we’d get to travel and learn for free!

Most of the competitions are scenario-based where we’ve to solve a particular problem. In fact, our supervisor would assign us roles based on our PhD research so it’s like a sub-quest where we get to realise our interest areas to the public.

In 2018, I started my career as a lecturer In Taylor’s University and led a team of 3 students to the CDIO Drones Academy that was held in Kanazawa, Japan where one of them won the competition!

Q: That’s an impressive list of competitions! How did you feel entering local and international competitions, and in some cases, winning them?

A: For me, the main purpose isn’t about the competition or the prize — it’s solving the problem. The scenarios that they usually give are based on real-life problems and there’s a strong possibility of it happening in the future.

In one of the competitions that was meant for firefighting, you’d need to fly your drone to identify fire points at different areas and subsequently command it to head to collect water at a nearby pond. 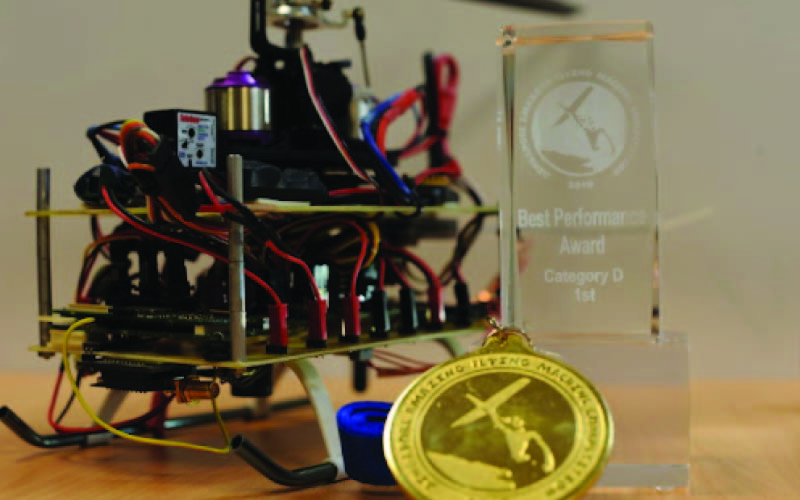 We'd to design the mechanism to collect the water, fly to the fire zone, and pour over it.

Usually, these competitions would have 10-20 teams taking part — you’ll be amazed by their creativity! Every team solves this through different methods and we learned a lot from each other. Sometimes you’d even think like, wow, why didn’t I think of that?

Q: How can robotics and the use of AI bring a brighter hope for the future?

A: Robotics is designed to make people live more comfortably. A lot of people think robotics replaces the opportunities meant for people but in actuality, it removes the hard labour so we can use our energy to be more innovative.

There’s always a need for humans to use their minds for more critical thinking work as robotics can assist in the basic work. That way the progress of science worldwide will greatly improve.

Even with people concerned about it affecting their livelihood, the transition moving into robotics is actually gradual. By then, there’d be a shift towards the skills needed for newer roles. It’s all about adapting to the changes — even in education. Now we need to train students to think differently so that they’re prepared for a future that has fewer opportunities for hard labour.

Whether you’re looking for a suitable undergraduate or postgraduate programme, we’re here to help you find the perfect one unique for your needs! 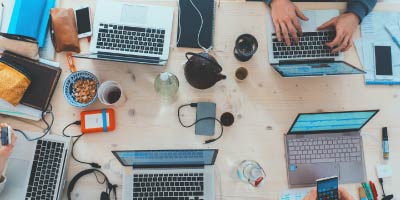 Associate Professor Dr. Noor Zaman from Taylor’s School of Computer Science and Engineering shares how cyber security will help us advance into a smarter era. 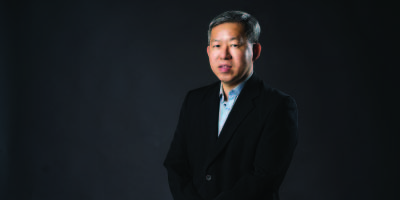 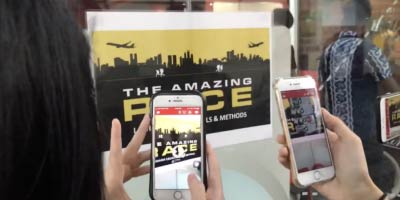 Taylor’s Law School Senior Lecturer, Puteri Sofia Amirnuddin, shares her ups and downs of pioneering the use of Augmented Reality in her law classes.