Coached by Taylor’s Senior Chef Lecturer, Chef Farouk Othman, who also won the title “Lecturer of the Year” award for the fifth consecutive time, Edward impressed the judges with his outstanding culinary skills through his winning dish “Garden” – a delicious, flavourful dessert made of chocolate mousse, salted caramel and pistachio.

Edward shared that Chef Farouk is pivotal to his success in the competition, “He always give valuable feedbacks on my dishes during training. He observed my every movements, correct me and give me advice.”

He is also grateful to Taylor’s School of Culinary Arts & Food Studies for supporting him by allowing him to use the necessary resources for his practice sessions since October last year. 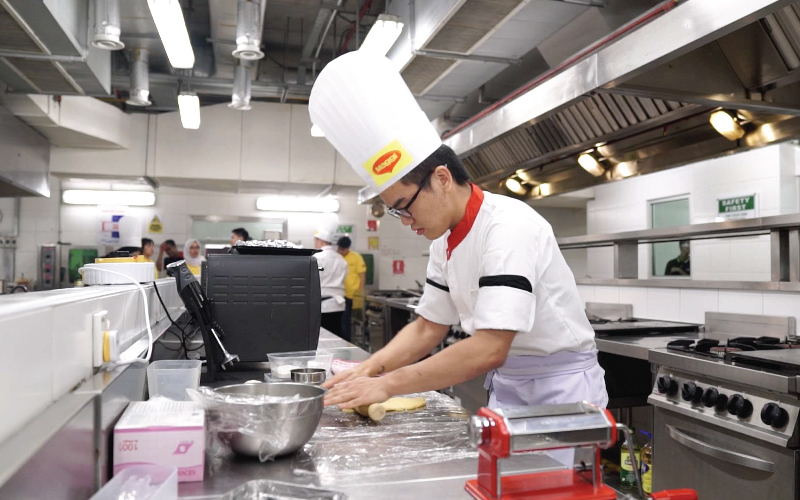 Edward in action during the competition 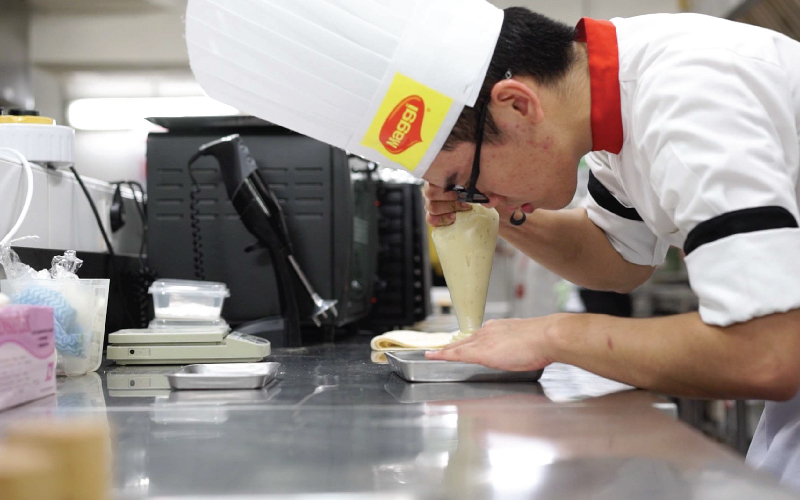 Edward in total focus in his ‘creation’ for the competition

The Nestle Professional Culinary Arts Awards started in 2006 and is supported by Skills Malaysia. The competition aim is to raise the standards of culinary arts in the country and to provide young emerging chefs a platform to display their talents.

Edward received a certificate endorsed by the Malaysian Association of Hotels and Skills Malaysia, a trophy, cash prize of RM3,000 and a six-month internship at Le Meridien KL under the mentorship of Executive Chef Antoine Rodriquez.