Taylor’s Gears Up For The Future

Taylor’s marked its 50th anniversary and the extraordinary story of its education excellence in a celebration which brought together students, alumni, staff, as well as key dignitaries. The private higher education brand has gone from strength to strength; coming a long way from its origins in a small, four-storey building on Jalan Pantai Baru that was riding on the reputation that George Taylor established in Melbourne.

Before the dinner which was officiated by the Minister of Finance, Y.B. Tuan Lim Guan Eng; who is also a Taylor’s College alumni, invited guests took a walk down memory lane and reflected on the private education brand’s journey over 50 years.

“Taylor’s aspiration to be in the top 100 universities in Asia by 2022, if successful, will not only impact our reputation in terms of higher education but also benefit the fiscal outlook for the country,” said Y.B. Tuan Lim. 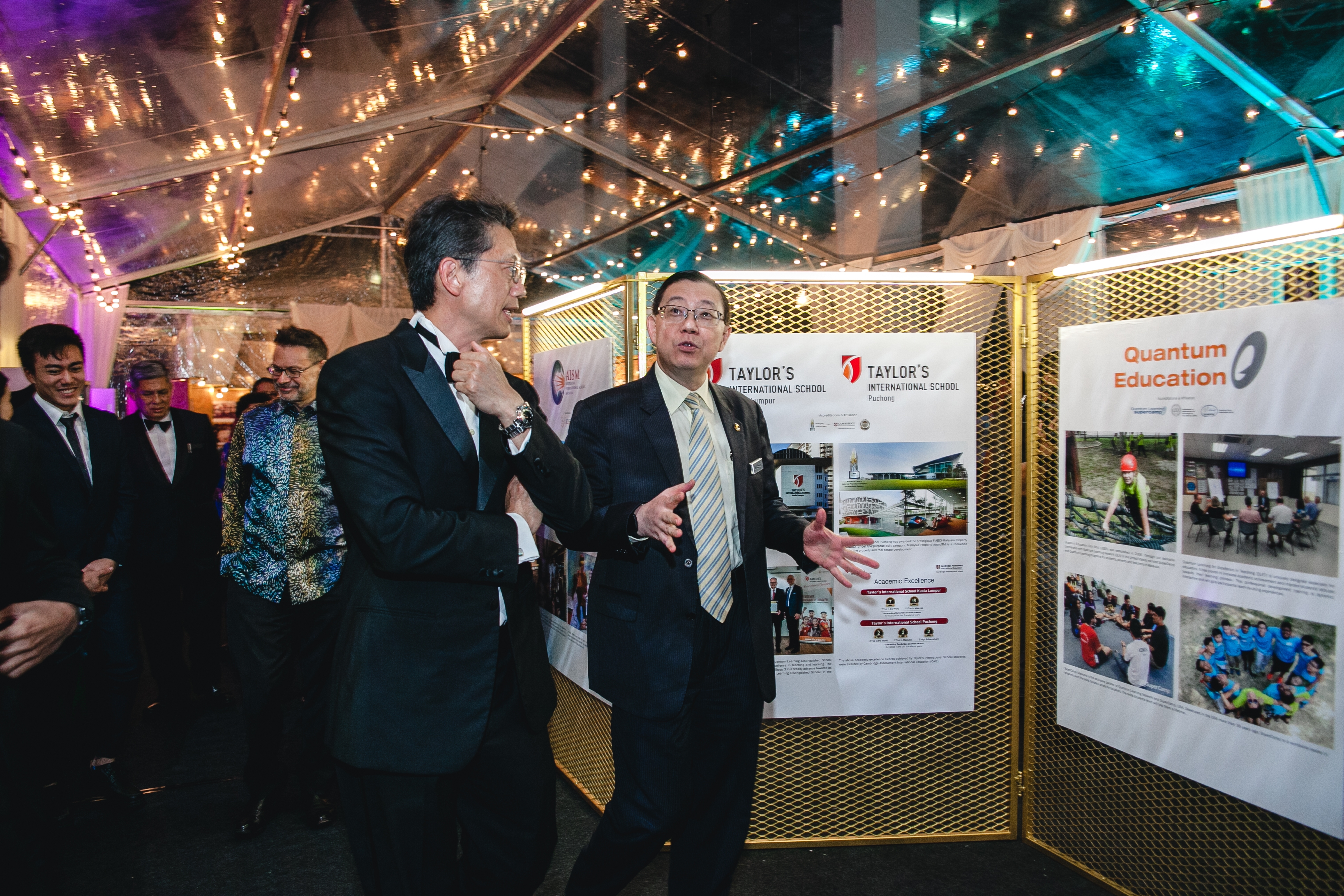 Dato’ Loy Teik Ngan, the Group Chief Executive Officer of Taylor’s Education Group, said that while Taylor’s has its origins in post-secondary education, the brand has evolved into more than preparing youth for their university education.

“Our achievements are built on a solid foundation of long-standing partnership with leading global institutions and industry linkages. We are a proud purveyor of private education from pre-school to postgraduate education and has gone beyond Malaysia into Singapore and Vietnam through Taylor’s Schools and the latest addition to our higher education arm, British University of Vietnam. Today, Taylor’s is a globally ranked world-class educational institution, setting the benchmark for many education providers. Looking ahead, we will continue to break barriers as a Malaysian education institution committed to growing globally to provide holistic education through integrated learning approaches as well as skills-based methodology,” he said.

All the four brands under Taylor’s Schools are award-winning schools and two of the schools; Garden International School and Nexus International School; are Apple Distinguished Schools which allows students the platform to explore their creativity to the fullest, which in turn allows them to better develop their soft skills. This approach is also adopted at college and university level. As a result, Taylor’s College places more than 1,000 students into the Top 200 universities in the world, including Cambridge, Harvard, Oxford and Yale.

The pedagogy at Taylor’s University level too has been acknowledged by Quacquarelli Symonds, the world's largest, international higher education network. Most recently, the university topped other private universities in Malaysia for the employer reputation indicator in the QS World University Rankings 2020 results, the second consecutive time that the university is recognised among employers globally. It also scored 5 stars in the overall rating of the prestigious QS Stars Ratings 2019-2022 exercise, beating all private universities in Malaysia.

During the dinner, guests had the first look of the proposed plan for the development of the next phase of Taylor’s Lakeside Campus including a new sustainable sports facility that will allow all students on campus to gain a more holistic approach to education, in keeping with the university’s core purpose. The state-of-the-art facility will be sustainable at its core, incorporating eco-friendly elements that reduce energy use. The proposed plan will significantly transform students’ experience, promoting health and wellbeing through the provision of a wide range of sports and fitness capabilities.

The university is also amping up its research capabilities and efforts through its investment of RM130 million over five years into research, focusing on the four flagship research projects that centre on topics that will impact the Malaysian community; obesity, data security, aging population and sustainable cities 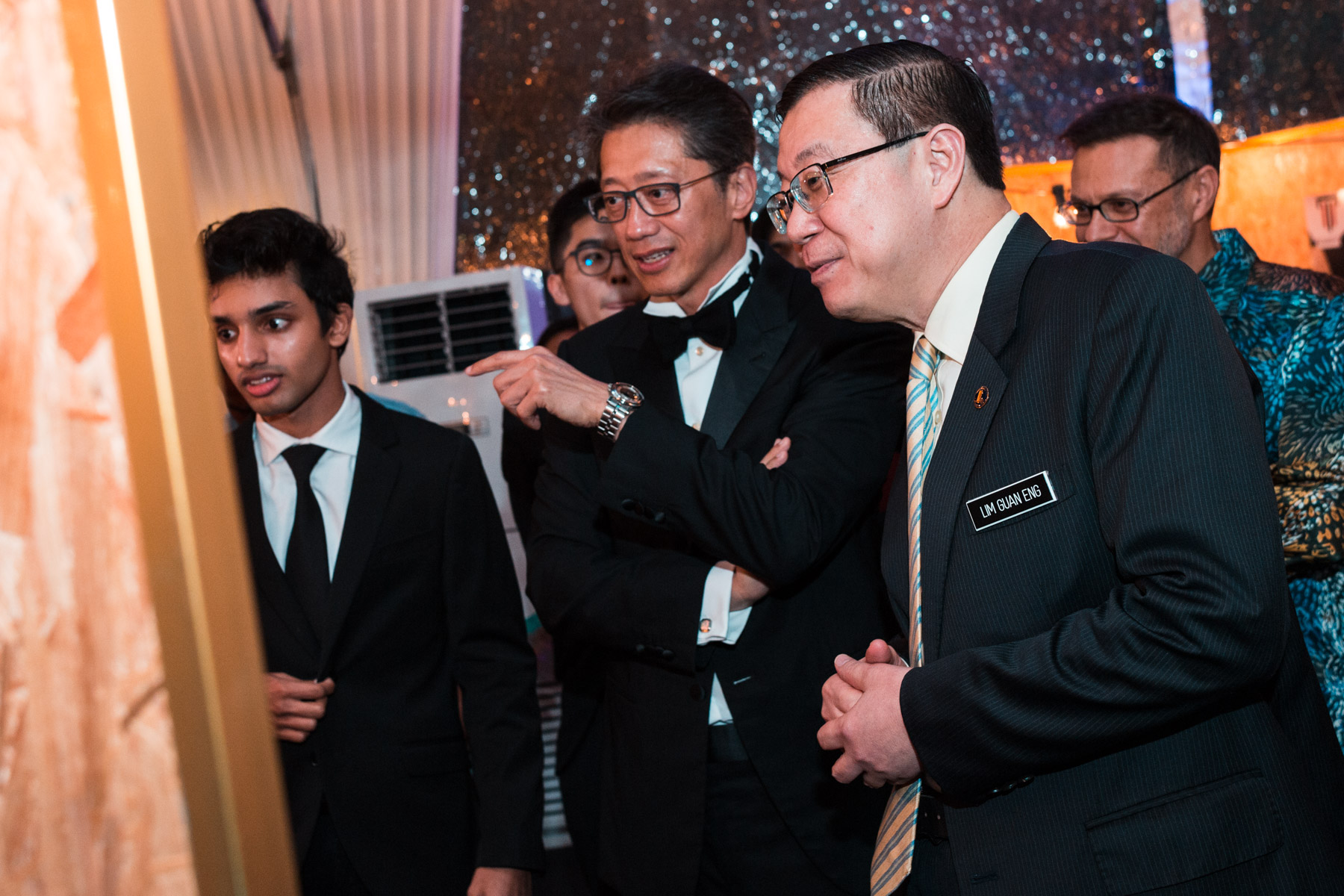