Over 30 students from The Design School at Taylor’s University worked together to produce six canvases highlighting the importance of adoption for SPCA Selangor. Also known collectively as “Painted Paws”, the art pieces served as reminders and awareness on conservation efforts, and how visitors can help protect animals from cruelty.

The student group, currently pursuing their degree in the Bachelor of Arts (Honours) in Interior Architecture, were given seven weeks to create their canvases and organised a handover ceremony to present their art pieces to SPCA Selangor. The project was to expose students to real community work, developing a holistic awareness of a variety of challenges that require a call for action.

“We decided early on that with such a big group, we could produce artworks which optimises each member’s skills. This allowed everyone to make meaningful contributions to the project, as everyone has their own role to play in each group,” said one group lead, Alya Syahnaz.

“Each artwork produced highlighted an issue faced by shelter animals to bring to the audience’s attention,” she said. “For example, our group wanted to raise awareness for shelter animals that are left unadopted because they are not at their optimum health – but this is more reason to adopt them, because of the extra care and love they need.”

For Alya’s classmate, Kim Dong Hyun, this is the first time he took part in community work. “The experience was incredibly eye-opening, especially when we paid a visit to the shelter for the first time as volunteers. We learned so much about the company’s dedication to raise awareness of animal rights for current and future pet owners. It was impossible not to emotionally connect with the animals – it became very hard to leave.”

The canvases were presented to SPCA Selangor during a handover ceremony, along with 80 kilograms of pet food and six buckets of paint to retouch the building. The paints were sponsored by Kansai Paint. 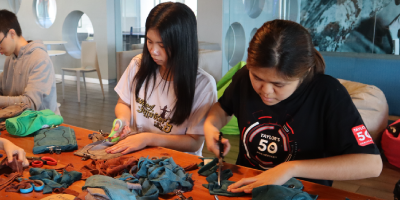 The LaunchPad Project has launched into 2020 with a mission to end period poverty for hundreds more refugee women and girls who lack access to sanitary pads. 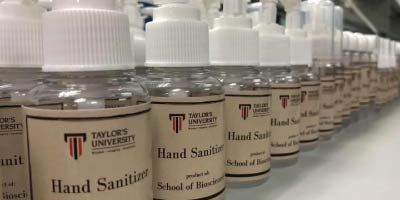 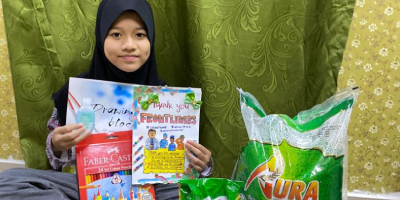 How do we help the needy during the pandemic? Here are some initiatives for the B40 communities by Taylor's CSR.