Subang Jaya, 20 October 2022 – In conjunction with International Chefs Day 2022, Taylor’s Culinary Institute (TCI) hosted a dining event to celebrate the successes of women chefs and to inspire the next generation of chefs. Held in Truffles Restaurant at Taylor’s Lakeside Campus, the theme of this year’s celebration was “Women Chefs Know No Limits”, highlighting their accomplishments and the struggles they have overcome.

In various industries, women have faced the stigma of not being able to perform on a similar level as their male peers. While this perception has been disproven by countless women since decades ago, many still carry these outdated views. These views extended into the culinary world as well, as the heat and pressure of professional kitchens were thought to be more suited to the likes of men who can handle tough working environments better.

However, with grit and persistence, the women chefs featured at this dinner found success with their own culinary talents and shared a taste of their skills in the event’s five-course menu, inspired by Continental French and Italian cuisine. Among the lineup of the dinner’s guest chefs were alumni Chef Venessa Jia Yi, the pastry chef and co-founder of JY Food Lab, Chef Illiana Zakaria, chef and owner of Ficus Bistro, which recently won the Lifestyle Dining award from World Gourmet International, and Stephanie Joanna Sia, the head pastry chef at Akâr Dining.

Part of the menu is also created by Woo Kai Wen, 21, an Advanced Diploma in Patisserie and Gastronomic Cuisine (ADC) student who completed her internship at France’s Restaurant En Pleine Nature. The only Malaysian contestant, Woo also recently participated in the WorldSkills Competition 2022 Special Edition in Switzerland for the Bakery skill, among other competitors from countries like France, South Korea, and Australia.

“Being able to compete side by side with the best young bakers, especially other young women on the world stage was truly an experience like no other. The advanced training to prepare for this competition and the time I spend working alongside other incredible people in the industry will always be cherished. Her advice for young women out there who are looking to join culinary arts is to “just go for it”. There can only be a change in the status quo if we make it happen, and maybe you will discover that you are stronger than you previously thought,” said Woo.

According to Chef Illiana, the professional culinary world is mostly male dominated. Even in mainstream media and entertainment, many male chefs are seen taking the spotlight, and to young women taking their first steps in this industry, it can understandably be intimidating.

“However, with enough determination and passion, anyone can go far and become successful in whatever they pursue. I am grateful to be part of this team of amazing women tonight and I hope that this event can give other budding students in TCI the inspiration to achieve success in their culinary careers, irrespective of their gender,” she shared.

"Since our institution was founded in 2010, we have sent hundreds of our students overseas to intern in some of the world’s top restaurants. Nine of our female students have also had the opportunity to do their placements at three and one-star Michelin restaurants such as Maison Bras by Michel Bras and Restaurant L’Ambrosia. Using the skills and experience gained during their time at TCI, our female alumni have made bold strides to make a name for themselves in the industry after graduating, working in renowned restaurants in the region or opening their own businesses. It has been a pleasure to witness the growth and successes of our female students who have overcome obstacles and worked diligently to get to where they are today" said Chef Frederic Raymond Paul Cerchi, Director of Taylor's Culinary Institute. 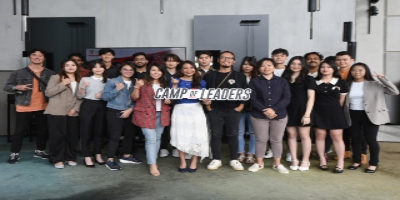 Taylor’s University kicked off its Camp of Leaders programme, an initiative to connect students and their startup ideas with industry leaders to build soft skills and develop business ideas. 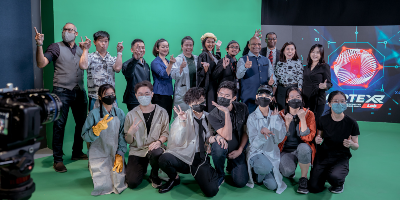 Taylor’s University launched its VORTEX XR Lab to drive a university-wide adoption of XR and immersive technologies in teaching, learning, and research. 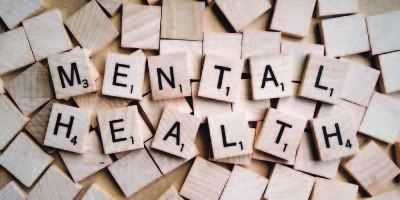 Are You Ok?: Prioritising Mental Health in Malaysia

Much improvement must be made to the mental health scene in Malaysia. But what’s preventing us from spreading its awareness? We discuss its importance.