For Dato’ Faridah Merican, receiving news that she was being conferred an Honorary Doctorate in Arts degree brought her to tears.

“As a young girl growing up in Ayer Itam, Penang, I never in my wildest dreams imagined something like this happening to me. I am so humbled and proud by this wonderful gesture afforded me by Taylor’s University,” she said, to thunderous applause from the crowd present in the second session of the 15th Taylor’s University convocation.

“I have been blessed over the years to be the recipient of a variety of awards, but in my heart of hearts I would have to admit that, this one, really takes the cake. The most edifying aspect of being awarded this honour is that it vindicates the role of the performing arts in today’s society. 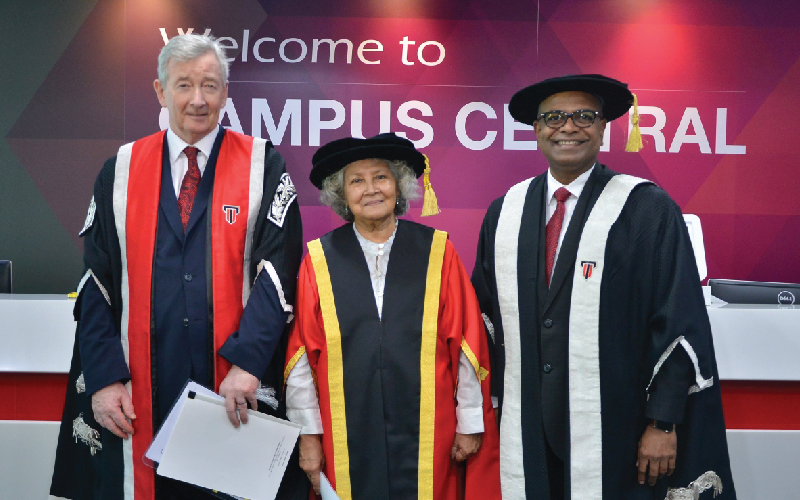 “It would seem that we are no longer locked into the train of thought that the only real education is centred around the traditionally accepted courses of study but now thinking along the lines of what is good for the soul, the creative aspects of our existence; which are all so vital in producing well rounded and complete human beings who not only think with their minds, but, just as importantly, think also with their hearts,” she said. 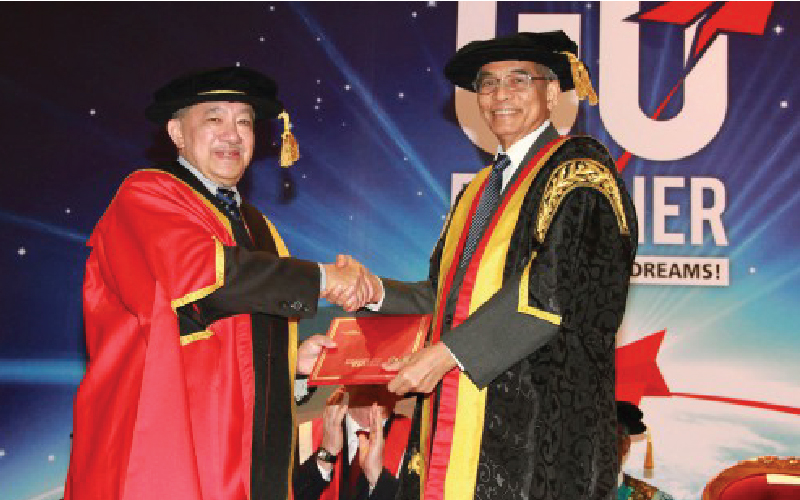 Taylor’s University Vice Chancellor and President, Professor Michael J. Driscoll shared that the three recipients made significant inroads in their respective areas of passion, allowing for progress to be achieved nationally and internationally in the areas of tourism, nuclear weapons and theatre.

“We are very honoured to be able to award these honorary doctorate awards to our three recipients, who have paved the way for fresh ideas to be implemented in their own areas of interest,” said Professor Driscoll.

In accepting the award, YM Tunku Dato’ Seri Iskandar bin Tunku Abdullah said that having an honorary doctorate degree conferred to him is a tremendous honour and one of the proudest moments of his life.

He added his appreciation that the award, which recognises his contribution over the past 45 years to the travel and tourism industry and to business generally, is from Taylor’s University through its Faculty of Hospitality, Food and Leisure management, which is ranked #2 in Asia.

Taylor’s University graduated more than 1,350 undergraduates and 122 postgraduates from 35 countries in its 15th convocation ceremony.