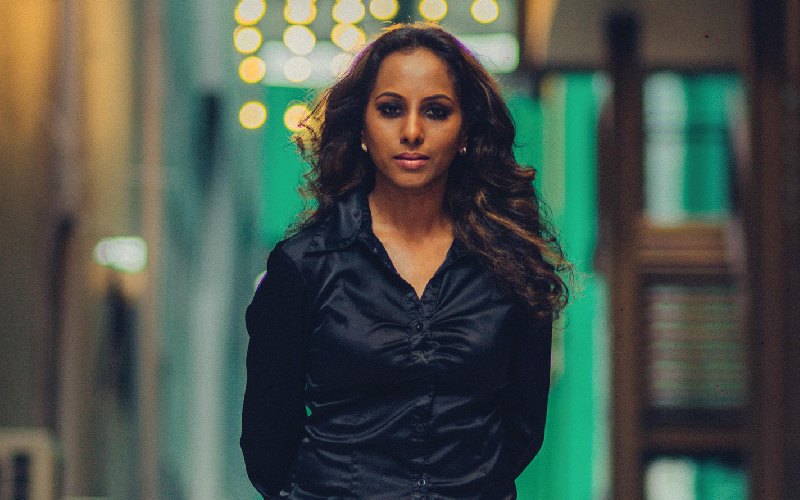 At 39, Taylorian lecturer Indrani Kopal is an internationally-acclaimed director of award-winning documentaries ‘She’s My Son’, ‘The Game Changer’ and the recently debuted ‘Incarcerated Rhythm’ in Malaysia.

Growing up in a conventional Indian family in a five-storey low cost apartment at Setapak with three other siblings, Indrani witnessed how her parents’ sacrificed their comfort, refraining from purchasing a bigger home and car to secure their children’s education. Coming from a low income family, her parents strongly believed education is the key that will turn their lives around. And they were right.

Indrani knew her life was already set, a path she was only too familiar with. After school, her family expected her to work, get married at the age of 21 and have children. However, she refused to accept this and charted her own path.

At 16, she could not speak English, was balding and lost her confidence. She made it her goal to master English and regain her confidence. The resilient teen watched an English movie in a shopping mall daily after class and listened to the phonetics to master pronunciation.

“I took up bharathanatyam, a traditional Indian dance, to boost my confidence. My teacher told me I have lots of angst that needed release. Thus, she encouraged me to continue dancing. Doing that in front of hundreds of people in public helped me regain my confidence.”

A bright science stream student, Indrani completed her SPM examination with flying colours and pursued Computer Science as IT was a phenomena back in the 1990s. In college, she started a journey of self-discovery, worked on self-improvement and often questioned herself: “What do I want to do? Why am I here?”

In 1997, Indrani’s father met with an accident. The insurance money meant for his hospital bills financed her education for a whole year. Not wanting to burden her family, she quitted in 1999 and worked as a lab technician in a college. Because it was far from her home, she moved out to live near her workplace.

It was in that mass communication lab she found her calling. Playing around with cameras stirred her interest to create her own short films during her free time.

Indrani kickstarted her career in film-making as a music video programme TV host for MiTV in 2004. As she was more interested in what goes on behind the cameras, she requested to be a TV producer and ended up producing a number of episodic TV magazine programmes for two years.

Unfortunately, the company folded and armed with only a diploma, Indrani decided to pursue Bachelor of Multimedia Communication Majoring in Web Journalism with her EPF savings. At the same time, Indrani was hired by Malaysiakini as a video journalist, a position she applied for six months before.

“Little did I know that will become my home and shape my values, political views and foundation in journalism,” Indrani said, adding that pursuing her degree during weekends revealed the stark difference between her education and the reality of the industry.

“For example, when we were in school, as girls, were taught to be teachers, bankers or nurses but no one told us that we could be astronauts. I discovered documentaries at Malaysiakini without knowing they exist. I kind of stumbled upon it. I believe that you will only stumble upon it if the path is meant for you and only seekers will find it,” she said.

“It happened when one day, Prof. Dr. Janet Steele, from Washington DC, who is also our Citizen Journalism programme’s visiting evaluator at Malaysiakini, saw my work and asked me to consider attending an emerging film-maker’s programme run by a documentary centre at George Washington University. Back then, she saw a future for me that I didn’t see and guided me towards this path,” Indrani added.

When she was in Malaysiakini, Indrani shot ‘She’s My Son’, a sensational debut about the local LGBT community and highlighted their struggle with parental acceptance. It won the Justin Louise Award at the 2007 Freedom Film Festival organised by KOMAS in Kuala Lumpur and the film garnered over two million views on YouTube. It still remains as one of the most popular Malaysian LGBT films online.

The rest of Indrani’s story is history. She received a Fullbright Scholarship and was able to pursue a three-year MFA in Documentary Film-Making and Production at Hofstra University. There, she shot her pre-thesis documentary film ‘The Game Changer’, a fifteen-minute film that was accepted in seventeen film festivals. The film won the Best Student Documentary Award in the 2014 Harlem International Film Festival and the American Pavillion’s Emerging Film-Maker Showcase in Cannes Film Festival 2015.

Two years ago, Indrani founded Far East Documentary Center with her best friend and executive producer Maran Perianen. This year, she joined Taylor’s University to nurture upcoming film-makers. Noting the film industry in Malaysia is still in its infancy, she said documentaries are still very far behind compared to commercial stories.

“Now, everyone is a YouTuber and there’s a camera in everyone’s hands. They have the skills to operate one. What many don’t have is the ability to tell a story and know why stories are important. And that’s where the industry is at today.”

“Storytelling is not something you learn overnight. I’m a better storyteller now because of my trials and errors when I started out 18 years ago,” Indrani added.

Meanwhile, the passionate film-maker who has dedicated her life to perfect her craft is more determined than ever to tell a better story.

It is now on its festival circuit, with an upcoming Canada Premiere at the 32nd Edmonton International Film Festival (EIFF), a nine-day film festival in Edmonton, Alberta, Canada. It is also designated as an “Oscar-qualifying” film festival by the Academy of Motion Picture and Sciences. She is currently in talks with ILHAM Gallery for a next possible screening.