The Horrors of Adulting and What I Should Have Known

Adulthood never felt so different from what we expected it to be. What do you wish you’d have known?

Growing up is funny.

You spend years wishing to grow up and become an adult but once you do, you want to turn back time and run around the backyard holding Hot Wheels. Not that you can't still do that, but you're an adult now right? You've got responsibilities, accountability, and other fancy words.

But tell me, does anyone really know what they signed up for when they turned 18, apart from the basic graduate-from-university-and-get-a-job?

Were we really ready to jump into a world filled with adulting jargon? Where nobody had taught us exactly how to do our own taxes, how to buy assets, where or how to invest, and many other things that we might only encounter years later?

I definitely didn't. But I should’ve known, what with all the "I can't wait to grow up!" thoughts that'd been roaming in my head since I was 12. I should’ve known that growing up is not as simple as turning a year older on your birthday.

So, here’s all the things adulthood taught me and what I wish I knew.

I'm sure we've all dealt with expectations before — whether it's from your family, friends, or even yourself.

You were expected to do well in school, avoid spending your weekly allowance in a single day, and to abide by the 'no-going-out-two-days-in-a-row' law (which I personally thought was weird for the longest time).

But the second that clock turns 12 on your birthday, all those expectations get thrown out the window, replaced with new and updated ones. You'd now be expected to have your responsibilities in check, balance school-work-life, and earn a paycheck.

Being the over-achiever I've always been, I took on this challenge. I thought my determination would help me get through everything and meet those wild expectations that everyone — including myself, had.

And you know what? I couldn't keep up with the 180 degree turn that I forced on myself. It was overwhelming, and then it hit me.

Expectations were always there from the beginning, it was just upgraded. I didn't have to rush right there and then to meet those expectations, just little progress would’ve been enough. 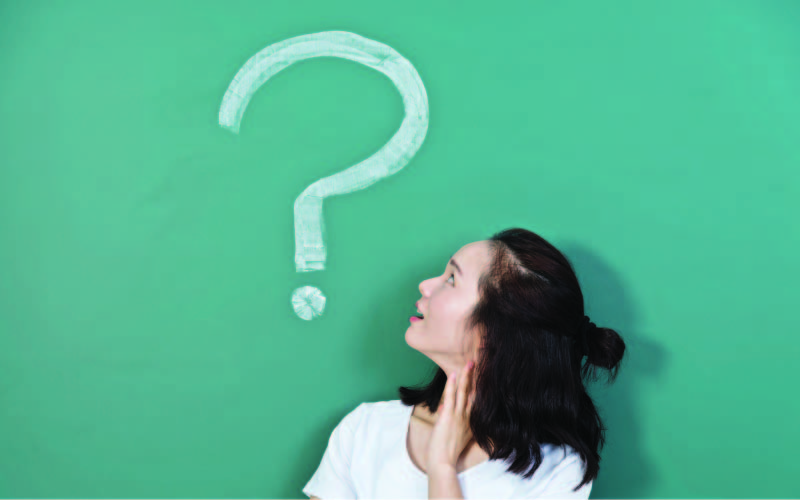 Changing Your Mindset Towards Life

The hardest part for me about going through a massive transition was changing my mindset. The point of being an adult is to have a mind of your own and think on your own.

But when you’ve been governed over your whole life by being told what and what not to do, making your own decisions and figuring out your path can be quite nerve-wracking.

It went from, "Go to this school, take this class, do this project.” to — nothing.

I spent a long time thinking about my passion and what to do to earn money, just wishing I’d someone to tell me what to do and immediately reach success. I hated the fact that I didn't grasp my life’s meaning or passion right there and then and finalise my career path as soon as I joined university. It was frustrating to go through trials and errors without knowing where my end goal would be.

It took me even longer to realise that I'm the only one responsible for my decisions now and that I’d have to go through tons of experimentation and failures before I reach my goal — and the mindset I should have had was to be kinder to myself that that’s ok.

People Don't Care as Much as You Think

As humans, it's in our nature to want acceptance by society. We've been taught to be mindful of what people think of us. But in actuality, how others perceive us plays a bigger, sometimes more sinister, role in our decision making than how it's supposed to be.

I used to analyse and critic every decisions I made, worrying whether it was embarrassing or dumb. Everything from how I dress to what I put on my social media, was made after an extensive argument — with myself. Sometimes, that fear overtook me and I avoided doing certain things.

Sure, it doesn't sound that bad.

But when I was stuck in this motion, I realised I'd rather do nothing than take the risk of getting criticised. I avoided going out of my comfort zone and working on my ideas (which could've been a million dollar business idea, you never know).

Then it clicked. I was so busy with my own life, did I ever wonder what others were doing? Did I ever care? I knew the answer right away — I didn't.

And that’s the reality. Nobody cares about what you do with your life because they're too busy with theirs. They're too busy trying to juggle the same thoughts and problems. Just like how I was. 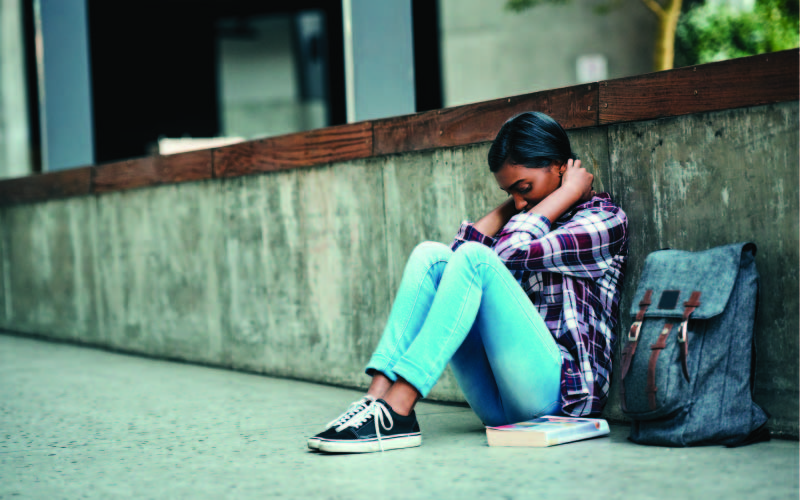 Excuses Only Disappoint Yourself

This was a weird one for me.

Remember those little excuses you made to your family when you've made a mistake? The times you forgot to do your homework but said you did? Or that time you told them you went to school but you actually skipped it? I don't know about you but I'd be lying if I said making those excuses bothered me. It only bothered me when I was caught.

But what about now?

When I skip my morning class because I was too sleepy or when I didn't attend a seminar because I was shy, I made excuses for myself. But, what’s the difference between those minor excuses back then vs now? It’s my own perception.

It was easy as a child to make excuses to those close to you and expected no consequences (apart from the occasional lectures if we were to get caught), but as I grew older I realised how big those consequences actually turned out to be. Those excuses could be the things that would hold me back from moving forward and reaching that light at the end of the tunnel.

So each time I’d the urge to make an excuse towards something that could be beneficial, I asked myself, why?

And as I took the time to comprehend this, I found out that the most effective way to lessen my own disappointments was to understand why I made those excuses in the first place — and then work on them.

I was beyond excited on my first day of college.

New school, new environment, new friends. I couldn't wait. But there's a twist — there's always a twist in the world of adulting.

What exactly is networking? It's when you build up your connections with the people who'll help you reach your goals, and vice versa.

It doesn't mean that making friends in college turned solely into a search for business partners, but I'd to be open-minded that it could always be led into a business opportunity.

These are the things I wished I knew before I ventured into this territory.

Experimenting passions and figuring out how to be an adult was (and still is) a long process.

Maybe we’ll never find out the right way until we're 30 (or if there even is a right way) and by then we’ll probably come to new realisations about growing up.

But, to be honest, the biggest part of being an adult is building your own path and flourishing in your own way, even when it’s unknown — just like the metamorphosis of a butterfly! 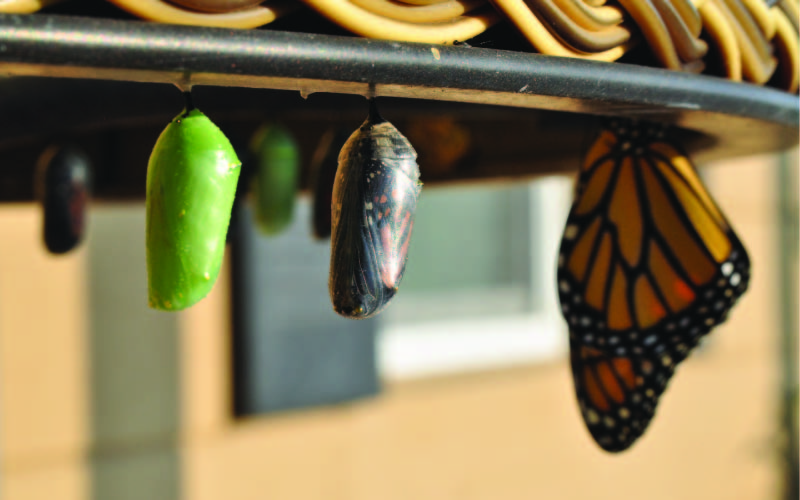 Don't feel guilty for being behind or not having everything in the bag because in the end, everyone feels the same guilt — one way or another. You just have to realise that we each have our own timelines to live by and the only person you're rushing against is yourself.

Remember to always have someone to lean on, and vice versa, to guide you through this major confusing adulting period, be it a friend or family.

Afrina Arfa is currently pursuing a Bachelor’s in Business (Hons) Finance and Economics at Taylor's University. She is currently an active member of Taylor’s Orientation Leaders and Taylor’s Etc. Magazine Club. 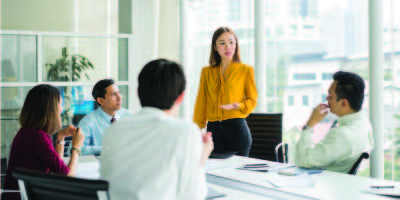 The Cost of Faking It Till You Make It

Are we showing our true self to others? Taylorian Nur Sorfina shares the dire cost of faking yourself to impress others. 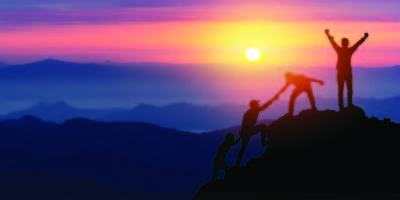 How To Discover and Reach Your Passion

What’s your passion in life? Find out more about why you need to identify and how you can work towards it in this article by Taylor’s student Afrina Arfa. 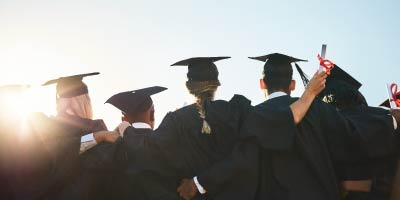 Not ready to jump into the corporate world just yet? Here are 4 paths you can take after graduation as told by Taylorian alumni, Puteri Nelissa.