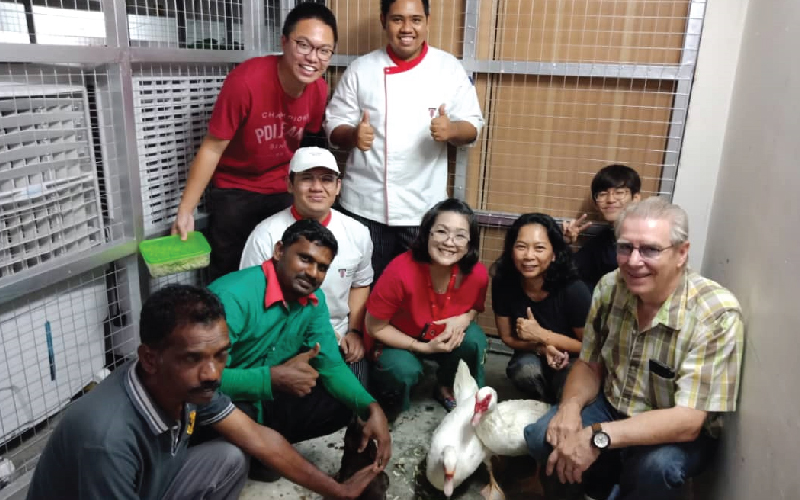 Taylor’s welcomed two new kids on the block- Amelia Earhart and Danny G- on the 31st of May. The two new ducks have joined the posse of Daffy, Adama and the two teal ducks quite comfortably.

The two ducks, who landed at Lakeside Campus courtesy of Pat Chan, a lecturer from the School of Liberal Arts and Sciences, are a white Moscovian female duck and a Northern Shoveler male duck respectively.

Pat had brought up the two ducks till date but wanted to ensure that they were able to thrive further in a setting that is more natural to them. As such, handing them over to the team at Taylor’s was the natural choice.

“My husband and I wanted these two ducks to have a better quality life, in a more natural habitat- surrounded by water and a green environment,” said Pat.

The entire gaggle will be taken care of by the Taylor’s Landscaping team.