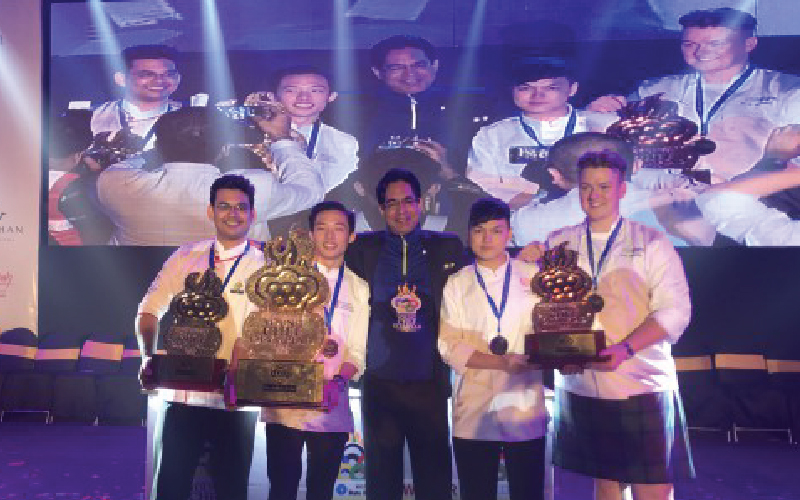 Top three winners can be seen flanking Dr Suborno Bose, who initiated the YCO competition, after the ceremony

Hearing Malaysia's name called out during the closing ceremony of the 4th Edition of Young Chef Olympiad, which took place in Kolkata, India was a poignant moment for Lai Jia Yi.

The 22 year old shared that he felt a deep sense of satisfaction that the long hours of mastering the art over the last three months bore such a great result.

"I would head back to university daily to train under my chef mentor, Chef Farouk Othman after I completed my internship and spent hours learning how to master the art behind the dishes we had in mind.

"The mastery that came as a result made it easier to incorporate the mystery ingredient; turmeric; when it was announced at the start of the last phase of the competition," said the final year Bachelor of Culinary Arts & Foodservice Management (Hons) student from Taylor's University.

The last of the three phases saw the 11 finalists who progressed through the week long competition, which spanned four cities in India; Pune, Bangalore, Delhi and Kolkata, go head to head to come up with three impressive items- a poultry dish, a potato dish and a dessert.

Jia Yi came up with a potato fondant served on red lentils and garlic mashed potato, which was topped with crispy potato straws. For his poultry dish, he prepared a chicken breast that's stuffed with turmeric mousseline and sultanas and served with gastrique jus and garnish of charred shallot. The dessert was an eclair filled with dark chocolate and cinnamon cream cheese, apple compote and salted caramel.

His quiet demeanour and attention to detail, not just in the execution of the dishes but also in the processes- be it in the aspect of preparation, workflow efficiency, hygiene and presentation- greatly impressed the judging panel of the annual culinary arts competition; which included eminent Indian and international judges like Chef Sanjeev Kapoor, Chef Ranveer Brar, Chef Abhijit Saha, Chef Pradeep Rozario, Chef Andrea Muller, Chris Galvin, and Michelin-Star winner Chef John Wood.

Farouk Othman, who is Jia Yi's mentor and lecturer, expressed his exhilaration that this is the second time that Malaysia has brought home gold from this competition. 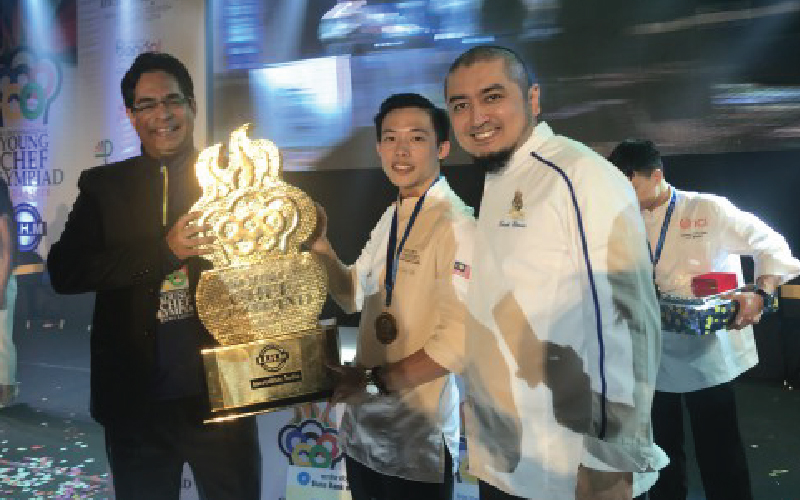 Dr Bose, who’s also the founder of International Institute of Hotel Management (IIHM),  meets up with the champions after the event

"I was very happy when it was announced that Malaysia was the champion; it brought back fond memories of when our student was also announced the winner of the inaugural Young Chef Olympiad.

"Jia Yi showed tremendous capability and mastery and I am very proud that he has been recognised at a platform like this," he said.

Jia Yi beat contestants from universities renowned in the field of culinary arts to bring back the coveted gold trophy and USD10,000.

The Young Chef Olympiad, which is organised by International Institute of Hotel Management and Incredible India, took place from January 28th to February 2nd. The annual competition was participated in by contestants from 42 countries and involved the participants battling it out over three phases. 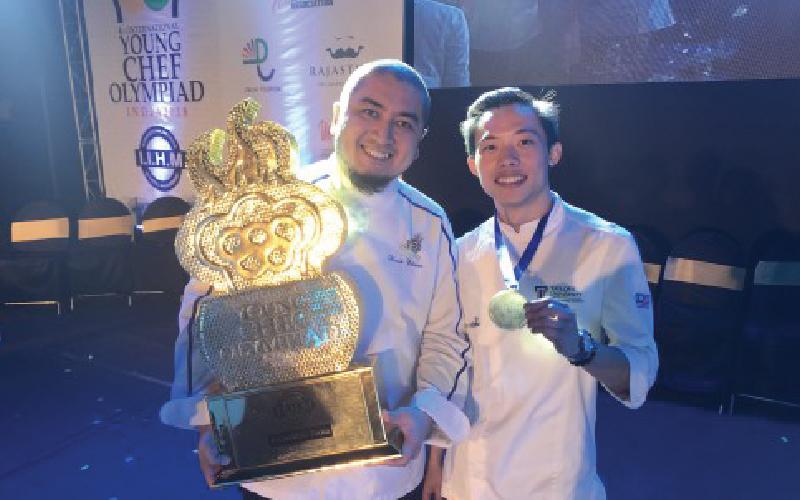