The escalation of obesity in Malaysia, once thought to be an urban phenomenon, has now spread to the rural population at an alarming rate. As Malaysia progresses rapidly towards a developed economy status, the health of its population will likely continue to deteriorate. The recent WHO report put Malaysia as number 1 in Southeast Asia and number 6 in Asia in terms of obesity prevalence.

The Battle of the Bulge is spearheading the search in understanding the evolution of obesity. Are Malaysians individually responsible for the increase rate of obesity, or does our glorious food culture contributes to this obesity predicament? This is where the flagship programme is contributing to our fellow Malaysians.

This flagship programme is divided into a series of projects which involves staffs from the following Schools and Faculties: Faculty of Social Science and Leisure Management, Faculty of Health and Medical Sciences, and Faculty of Business and Law.

The level of consumption of food and meals “out of the home” is very high in Malaysia (Poulain and ali 2014) and probably all over Asia. The public policy to fight obesity must take into account this evidence and cannot be the transfer of methodologies developed in Europe or in US.

The present research goal is to study is to continue the exploration of the cultural and contextual aspects of the “eating behaviour and consumption” in Malaysian and Asian context by using a mixed-model approach, based on qualitative interviews and focus groups and on quantitative surveys. These issues will be explored in deep in Malaysia and in an extended one in 5 others Asian countries (Indonesia, Japan, China, Singapore, Hong Kong):

Study protocols will be based on the established Malaysian Food Barometer (MFB) extended now into an Asian Food Barometer. Some new methodological extensions will be done to meet the objectives of the project and to explore “eating out” contexts. The MFB was specifically developed to study aspects of the nutrition transition in the rapidly developing and urbanized countries of Asia and SE Asia. Largely based on social sciences, and studying food environment and contextual behaviours the project will provide valuable additional insight to classical nutritional or economic studies (Poulain and ali. 2014).

The proposed project has identified a multidisciplinary research team with expertise in Social Sciences, nutrition and Public Health.

Food consumption is determined by a range of factors that contribute to satiety, which determines time between meals., and satiation, which ends a meal, and. There is an increasing amount of evidence showing that satiety and satiation experience from a food is one of the key factor affecting energy intake.

Recent reviews have addressed the relationships among and food and beverage structure, oral processing and sensory perception, sensory perception and satiation ans satiety, however, the precise mechanisms are not fully established, an dthe research approach are majority based on the western countries context. There are also lacking of research been carrying on the effect of taste and aroma, including flavour pairing,and intensity of flavour on satiation.

Therefore, this study aim to investigate the extent of the anticipated appearance and texture characteristics modification, flavour pairing and intensity of flavour of food and beverage products. Sensory Specific Satiety (SSS) and Sensory Specific Desire (SSD) will be used to assess the expected impact of optimised food (and beverage) models on appetite control. Research in the area of SSS and SSD holds the potential for designing and develop food product and recipe intelligently.

Sensory analysis and assessment have built a strong body of knowledge concerning the individual-food relationship. This knowledge has been developed in tasting rooms that neutralize the context effects. This experimental platform focus on the influence of the physical and social contexts in which food is consumed and on the eaters’ decisions.

The platform is equipped with data collection devices (various camera types, directional microphones controlled by a broadcaster and backed up by facial recognition software sound file to text file transfer software, etc.). These devices complement the traditional tasting rooms to be found in wine cellars or in agri-food industries by creating « everyday-like » situations which enable researchers to take into account the impact of social contexts and interactions.
The experimental restaurant is a an equipment developed in partnership with ISTHIA in the frame of the LIA-CNRS ‘Food cultures and Health’.

In that flagship programme, the experimental platform will be dedicated to the 4 others programmes:

We can expect fundamental knowledge on the influence of contextual factors and cognitive organization of the decision process, as well for other programmes.

A sedentary lifestyle among children and adults is becoming increasingly common in modern society. The lack of physical activity and unhealthy dietary lifestyle are the main contributing factors to the rising prevalence of obesity, ill-health, and an increased risk of non-communicable diseases (NCDs) in Malaysia (MOH Malaysia, 2016; Ismail et al., 2009; IPH, 2008; MANS, 2014; NHMS, 2015). The emerging needs on the behavioural and socio-economic nutrition and lifestyle related issues need to be addressed immediately. Nutrition has been recognised as a cornerstone of sustainable health and development (WHO, 2013), with direct effects on quality of life, productivity and economic development of the country. In line with this, improving health and nutritional well-being of the people is one of the strategic thrusts of the 11th Malaysia Plan, prioritising research areas as delineated in National Plan of Action for Nutrition of Malaysia 2016-2025 (NPANM III) (NRP, 2016).

The purpose and scope of this research aims to address some of the gaps, including:

The global emergence of obesity results in a plethora of adverse health conditions. According to the study done in 2013 by the Lancet, it was reported that approximately 45% of Malaysian men and almost half the women are either overweight or obese, compared to the global rates of nearly 30%.

Clinical trials with pharmacological agents and other therapeutic interventions have been implemented. However, there is no specific effective therapy for a sustainable weight loss except the bariatric surgery.There are various surgical options available in managing morbid obesity, varying from restrictive procedures such as laparoscopic adjustable gastric band, to purely malabsorptive procedures, such as jejunoileal bypass. In an attempt to decrease the complications associated with purely malabsorptive procedures while still improving on the weight loss and comorbidity resolution of the purely restrictive procedures, several hybrid restrictive/malabsorptive procedures have been developed. Among these include the laparoscopic Roux-en-Y gastric bypass (LRYGB), biliopancreatic diversion and duodenal switch. Of these, the LRYGB has become the gold standard bariatric procedure and accounts for about 70% of all bariatric surgeries performed globally.

It is an undisputed fact that Roux-en-Y gastric bypass (RYGB) surgery offers an effective and lasting intervention for morbid obesity, and has been gaining favor among the bariatric surgeons and even patients. Nevertheless, studies on animal models and human trials revealed the possibility of gastric bypass altering the gastrointestinal flora, leading to bacterial overgrowth and dysmotility. With this knowledge, the advent of probiotics has a potential pivotal role in this matter.

The role of intestinal microbes in obesity has been emphasized in the recent years, and several comprehensive studies suggest a significant role for gut microbiota composition in the development of obesity. -3 It has been shown that intestinal microbiota plays a significant role in energy harvesting, storage and expenditure; and the composition differs between lean and obese individuals.

Probiotics are live, non-pathogenic bacteria capable of colonizing the colonic mucosa. According to the Food and Agricultural Organization and World Health Organization, probiotics are defined as ‘live microorganisms, which when administered in sufficient amounts, confer a beneficial effect on the host health’.

Recent studies have revealed that alterations in the composition of intestinal microbiota contribute to the development of various chronic diseases, and the application of microbial cell preparations showed marked potential in maintaining health and treating chronic inflammatory disease. Several studies have been conducted in the recent years on the efficacy of probiotics in weight reduction, and 2 randomized control trials (RCTs) showed positive significant findings.
Recent studies have indicated that probiotics can increase the bone marrow density and bone marrow contents. These may help to prevent osteoporosis in many mechanisms, especially among the at risk groups of patients after their gastric bypass. The questions remain as

Sub-Project 2: The study of a polymethoxy flavone as a therapeutic agent for obesity.

Plants that are rich in flavone, in particular the colourful ones, are rich in poly methoxy flavone. They induce differentiation in 3T3-L1 preadipocytes, which leads to an increase in mature adipocytes and up-regulation of insulin sensitizing factors. Moreover, they have the property of inducing a reduction in hypertrophy of adipocytes, which is crucial for the prevention of metabolic syndrome and insulin resistance caused by accumulation of visceral fat. In a study reported on the extract from Kaempferia parviflora Wall. Ex Baker, one of the twelve isolates were difficult to extract in quantity from the raw material. However, this isolate appeared to have a potent effect. Using nano technology, it is feasible to synthesize this a poly methoxy flavone.

Based on this synthesis, we shall select 5 compounds and assess the efficacy of reduction in hypertrophy of adipocytes on cell lines (commercially available-sigma) – 3T3-F442-alpha –mouse cell lines in origin and the human cell lines. Further toxicity study may confirm the safety of this compound prior to its pharmacokinetics and pharmacodynamics studies.

Hypothesis: The compound studied was not sufficiently strong to induce a reduction in size of adipocytes. 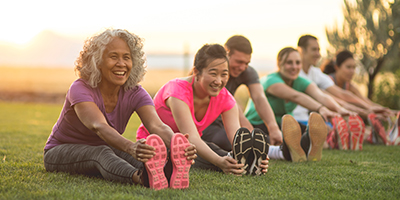 When 15% of the population of a country is above the age of 60 years, the country is said to have become an ageing nation. 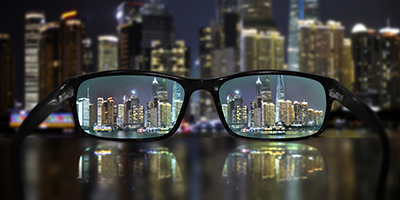 Close to 60% of the world’s population, are currently clustering themselves in cities varying in size across the globe. 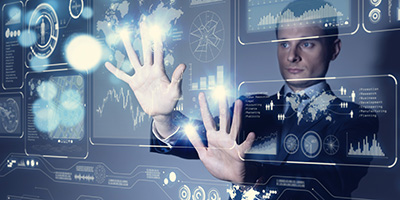 In this 21st Century, the internet has become our escape path. It has been a convenient tool that assisted in simplifying our everyday tasks.