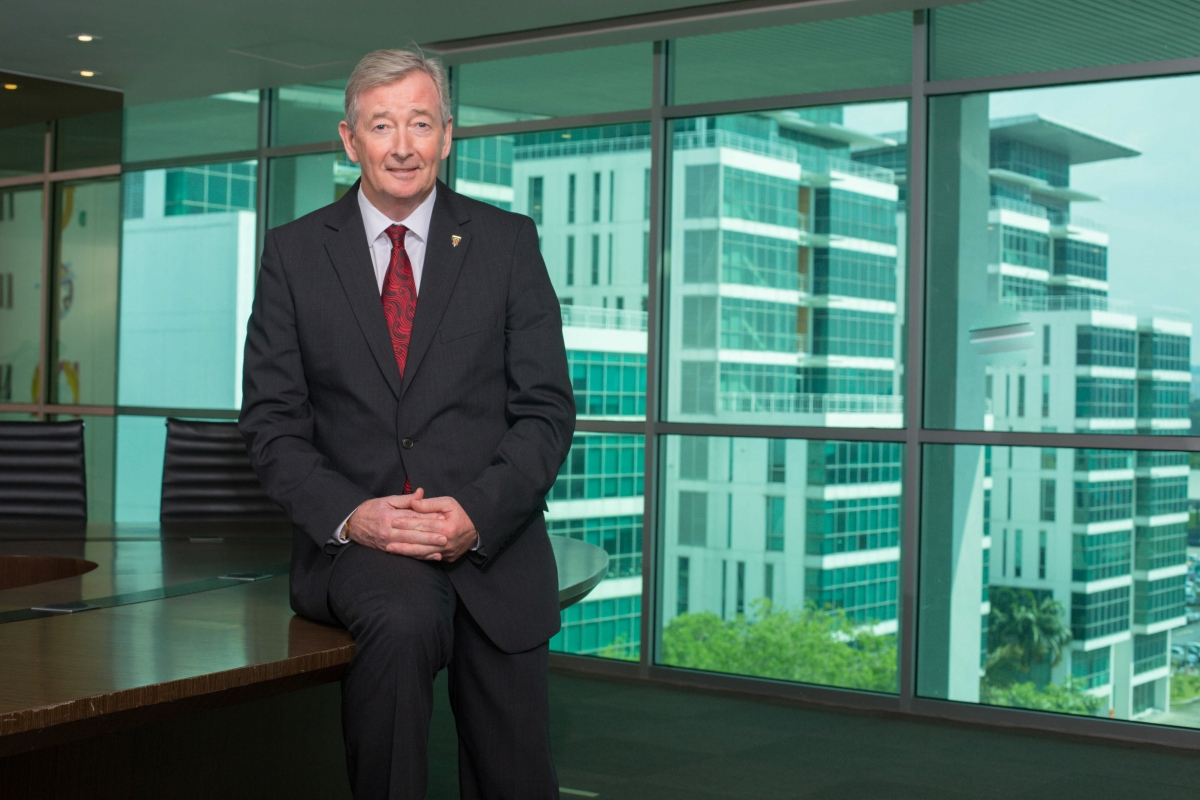 Formerly the longest serving Vice Chancellor in the United Kingdom (UK) at Middlesex University for 20 years, Professor Driscoll brings with him extensive experience and knowledge in the higher education industry.

In his capacity as VC of Middlesex University, among many others Professor Driscoll was responsible for a major transformation of the University’s estate in London which culminated in the development of an impressive modernist world-class campus. He also led the development of Middlesex as a leading international university with successful international campuses in Dubai, Mauritius and Malta, and developed successful partnerships with leading higher education providers around the world which earned the university two Queens Awards for Enterprise for International Trade. His legacy also includes substantial improvements in the success of Middlesex students, the quality of teaching, and the scale and impact of its research, placing the university among the top new universities for research.

In his previous positions, Professor Driscoll was active in representing UK universities nationally and was also the Chair of MillionPlus, the Association for Modern Universities in the UK, and a voice for 21st century higher education. His leadership and knowledge benefitted numerous higher education boards including Universities UK, London Higher and the North London Learning Skills Council.

Professor Driscoll holds a Bachelor’s degree in economics from Nottingham Trent University. He is passionate about sports, and best known for his active participation in endurance running and cycling. 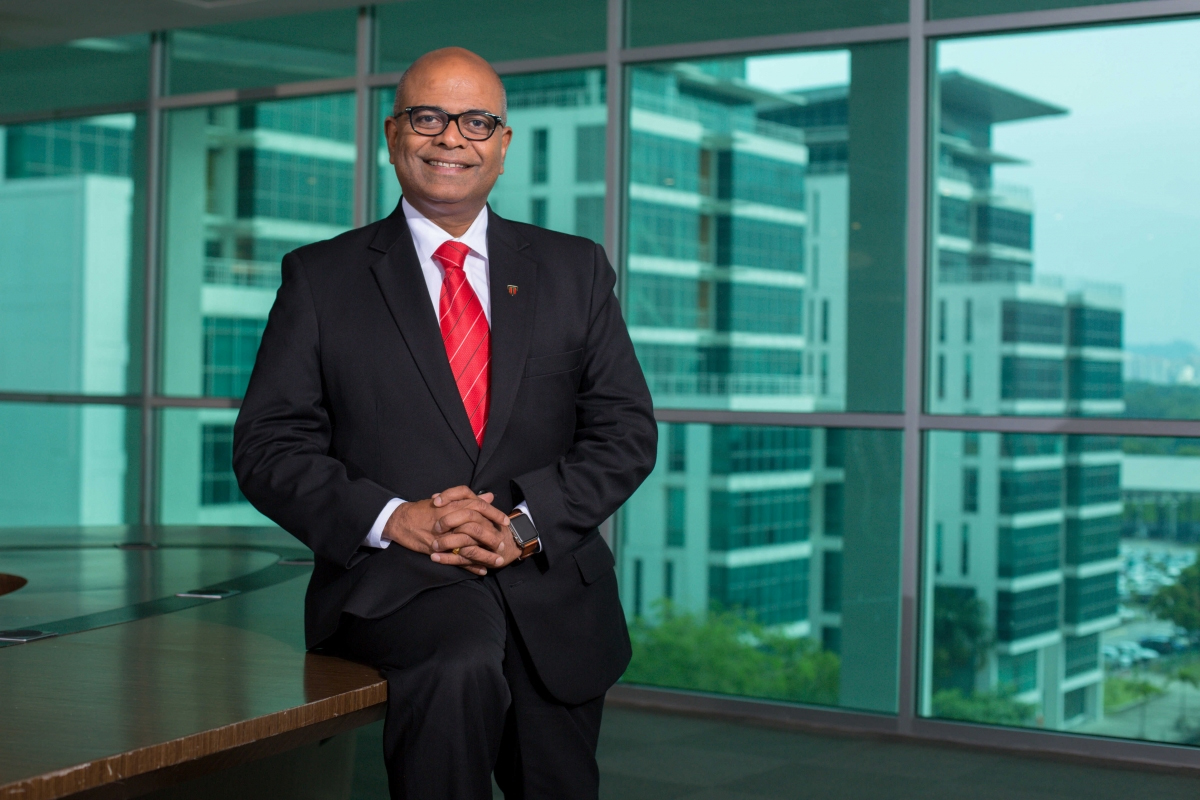 Professor Dr Pradeep Nair has been in Higher Education sector for over 27 years. He has held various key positions including Chief Operating Officer (COO) of Taylor’s College Petaling Jaya & Taylor’s Business School; and COO of Taylor’s School of Hospitality & Tourism before being appointed to his current position in 2009.

In 2012 he was awarded the World Education Congress Leadership Excellence Award for Exemplary Leadership in Higher Education, and also being selected as one of the Top 100 Personalities in Hospitality by Hospitality Asia Magazine in 2008.

For his contributions to TH&E education, in particular the setting up of the National Hotel Industry Apprenticeship Scheme, he received the PATA Gold Award for Education and Training and, later, the title KMN (Officer of the Order of the Defender of the Realm) by His Majesty, the King of Malaysia. In 2014, he became the first Asian to be made a Fellow of the International Centre of Excellence (THE-ICE) in Tourism and Hospitality Education. In 2015, he awarded the National Outstanding Educator Award (University Category) for his contributions to private higher education in Malaysia. In 2016, he was made Officer for the l'Ordre des Palmes Académiques, by French Government. This is a national order of France for distinguished academics and figures in the world of culture and education. 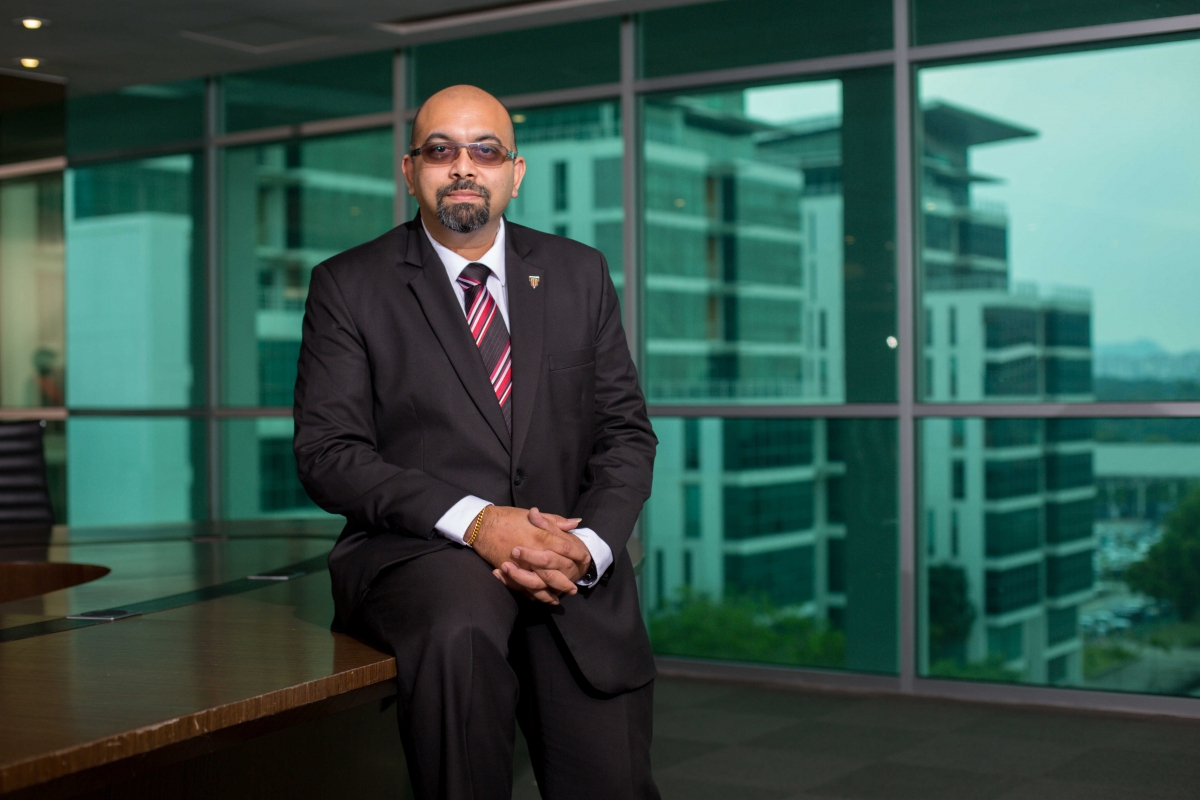 Justin Nathan is a highly analytical and solutions-oriented C-Level Information Technology and Process professional with over 20 years of experience across banking, education, technology, media and oil & gas industries - spanning Malaysia and the United Kingdom.

He started his career as a Software Engineer and has worked in a few Malaysian IT companies before he moved to Southampton, UK in 2001 to start his career with British Gas as an Analyst Developer. There, he experienced MNC type thoroughness in executing the System Development Lifecycle in a rigorous and repeatable manner - a fundamental discipline he has come to consider as a cornerstone for service delivery of any sort.

Justin later joined the University of Southampton as an Application Architect where he was exposed to the rigorous and the many processes of Project Management.

He returned to Malaysia in 2008 to join Silverlake Systems Sdn Bhd as Project Director. His main focus was centred on Core Banking System deployment within the South East Asia region. He managed a diverse team of 60 programmers, testers, systems analysts, network architects and project managers.

Justin later joined Taylor’s Education Group as Group Chief Information and Process Officer from 2011 to 2016, before being appointed to his current position as Chief Operating Officer. As the COO for Taylor’s University, he oversees the university’s daily business operations spanning Registry, Student and Academic Services, Human Resource, ICT, Quality and Process Management, and Facilities Management, as well as special projects. 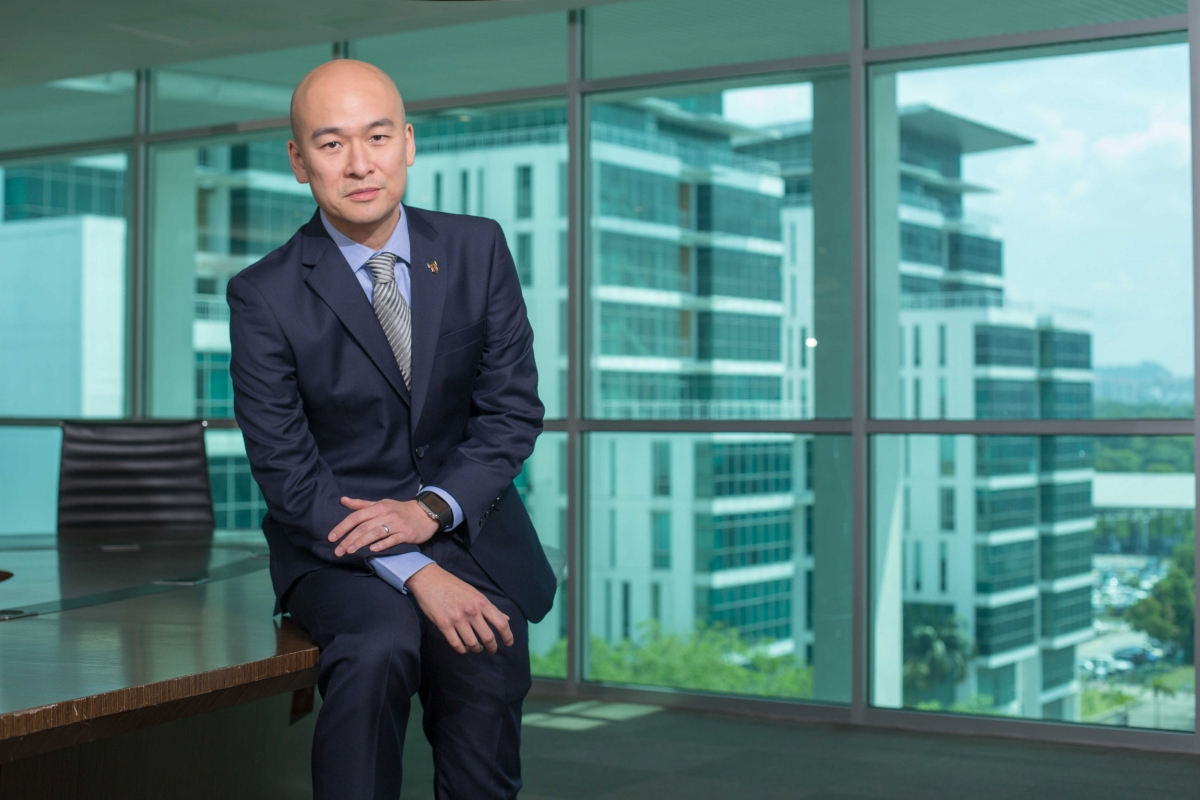 Ben Foo serves as Chief Marketing Officer of Taylor’s University. In this role, Ben oversees the overall brand vision of the university and college, driving all marketing activities related to conceptualizing and implementing the overall marketing strategy for the Taylor’s higher education brand.

He also leads corporate communications, research and consumer insights, student recruitment as well as other aspects of marketing, including brand strategy, content marketing and digital marketing. Ben ensures strategy meets execution to bring value and the desired consumer experience across the consumer funnel both digitally and physically.

Prior to joining Taylor’s, he served as Director of Marketing at McDonald’s Malaysia. At McDonald’s, Ben led the development of the marketing strategy, identifying consumer and market segments to drive demand for the overall McDonald’s business. He helped differentiate McDonald’s from a burger brand towards a positioning of McDonald’s as a meal solution provider with the launch of key convenience platforms back in 2006 such as the McDonald’s 24 hour business, Drive-Thru, McDelivery and Breakfast menu that led to strong double digit growths for the company, further setting the brand apart from a red ocean of competitors.

In 2015, Ben was recognized as a recipient of the Golden Globe Tigers Leadership Award for Excellence in Marketing & Brand Leadership. He is especially passionate in developing marketing strategies that channel the voice of the consumer into actionable plans for results measurement. He is a firm believer in the use of technology to constantly provoke his team to find innovative tools to ensure sustainable progress.

Ben holds a bachelor’s degree in Marketing & Finance from the University of Oregon. He can be reached on LinkedIn at linkedin.com/in/benfoo. 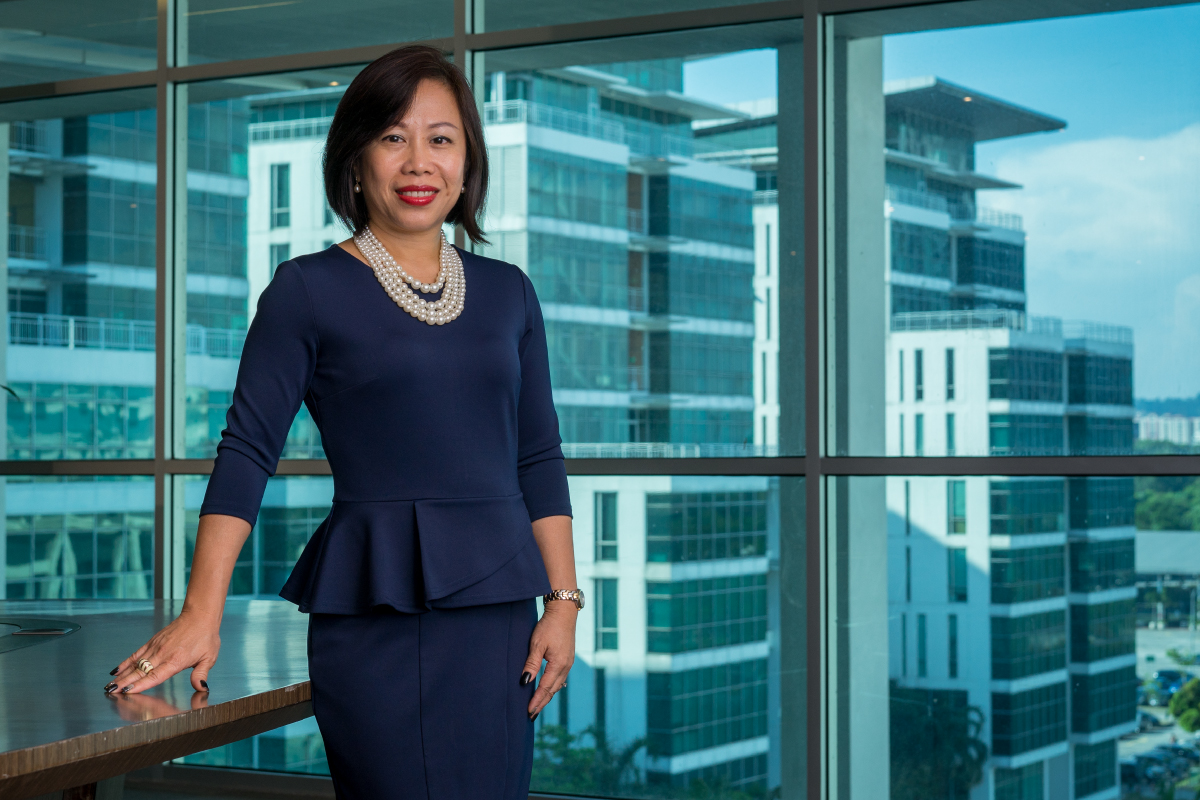 Cheryl Chee is responsible to handle all aspects of financial matters for Taylor’s University and Taylor’s College. She has over 23 years of accounting, tax, financial planning and analysis experience within the commercial and professional services environment.

Cheryl started her career with PricewaterhouseCoopers (at that time Price Waterhouse) where she specialized in auditing large conglomerates as well as companies in the consumer and industrial products industry. After almost 6 years in the audit profession, she moved on to an American scientific equipment trading company, Fisher Scientific, for a short stint, and thereafter, joined Moet Hennessy Diageo, a multinational joint venture company trading in premium wines and spirits, where she stayed on for more than 16 years. As the Finance & Administration Director with Moet Hennessy Diageo, she led the accounting, tax, financial planning & analysis, sales planning, legal, supply chain, customer service, IT and administration functions. Among others, Cheryl was instrumental in providing strong support to the commercial and leadership team in growing the business organically, establishing appropriate policies and procedures for the finance and non-finance functions, as well as supporting the organization to improve on efficiency and effectiveness of the operations across the board. 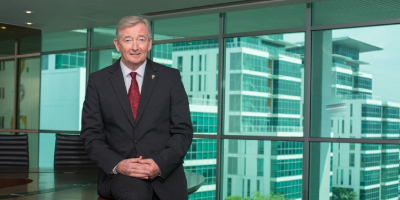 "If you are thinking of becoming a student at Taylor’s University, my colleagues look forward to answering any question you may have and we look forward to your visit to our Lakeside Campus in Subang Jaya." 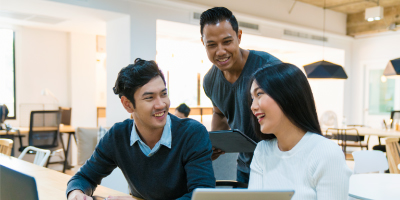 Our exhaustive list of accolades range from national to international, a testimony to our unwavering commitment towards excellence in teaching and learning, and high impact research. 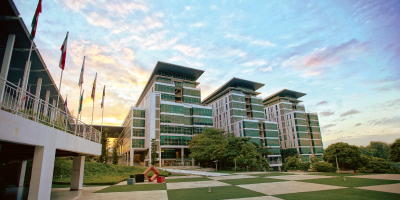 At Taylor's University, we pride ourselves on having our staff work as a tight unit. Together, we ensure that the programmes run without hindrance, and that courses are taught and presented at the strictest level of quality.